Home 2019 Netta set to have role in Will Ferrell’s “Eurovision” movie? 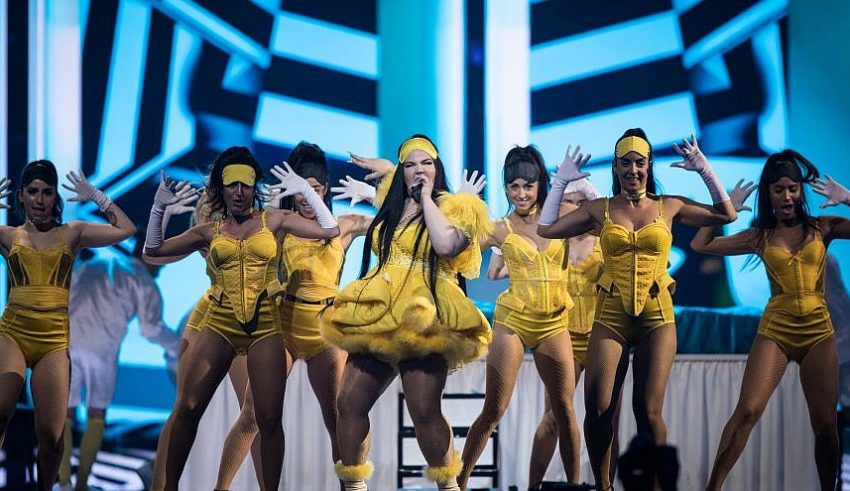 Everyone’s favourite clucking and looping Eurovision sensation, Israel’s Netta Barzilai, could be hitting the silver screen with some of Hollywood’s brightest stars soon, as the 2018 champion reportedly has a role in the upcoming Netflix movie “Eurovision”.

The comedy, written by Will Ferrell and Andrew Steele and directed by Wedding Crashers director David Dobkin, is currently in the filming process, with stars such as Ferrell, Rachel McAdams, Pierce Brosnan and Demi Lovato involved. Filming is taking place in the UK and Iceland, while some recording also took place at the 2019 contest earlier this year in Tel Aviv.

According to the Jewish Telegraphic Agency, the “Toy” and “Nana Banana” singer is also part of the cast, alongside Icelandic names such as Ólafur Darri Ólafsson and Jóhannes Haukur Jóhannesson. The plot is said to follow Will Ferrell and Rachel McAdams as an Icelandic duo who win the right to represent their country in the contest.

When pressed on the matter by KAN, the broadcaster who organised the 2019 contest, Barzilai simply stated that she is “prevented” from discussing the matter, but is “always excited by new ventures”.

It is currently unknown when the movie is set to debut on Netflix, but #YOU can be sure that Eurovision fans around the world will be intrigued by the production!

Watch Netta’s performance of “Nana Banana” at this year’s Eurovision final below;

What do #YOU think, would Netta be a good addition to the “Eurovision” movie? What are your thoughts on Will Ferrell’s latest creation? Share your thoughts with us on our forum HERE or join the discussion below and on social media!