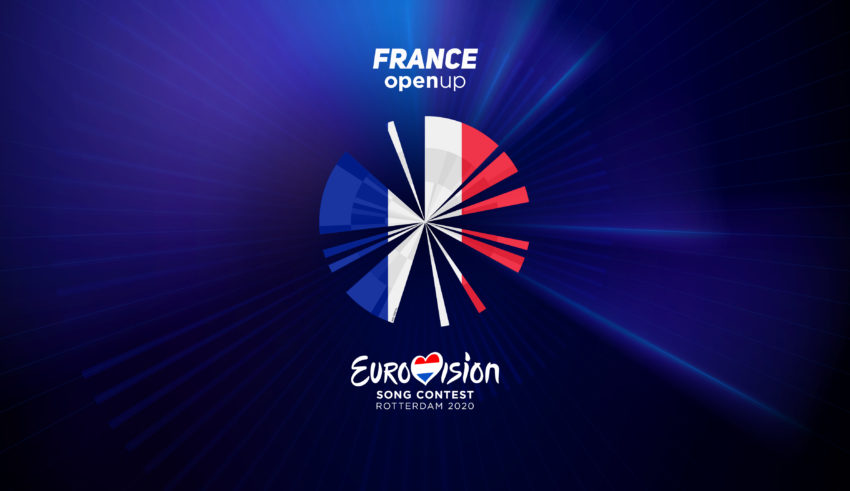 We wrote about France Télévisions’ decision to return to a national final selection back in July, and it looks like today some more details have been released about what the show may look like. France turned to a national final for the first time in 2018 to select their Eurovision entrant and continued the show for their 2019 selection. Without much reasoning or explanation, the broadcaster decided to internally select their artist in 2020, opting for Tom Leeb.

This time, the broadcaster wants to put the decision back in the hands of the public…..well sort of. It appears that the broadcaster has not quite nailed down the voting structure as of yet, but the public will have some type of say. When commenting on the matter, Head of Delegation Alexandra Redde-Amie mentioned: “The public will get the power of choice. Regarding the jury, everything is still open now.” Since its inception the French National Final has featured a panel of French music professionals who will give feedback to the artists, and in the grand final an international jury. It would appear France TV is open to continuing this format.

What we already knew

In July the name of the national final was revealed to be Eurovision France, C’est vous qui décidez – loosely translated to Eurovision France: It’s Up to You and that the show will be run by France TV rather than a third party company like in 2018 and 2019. It was also mentioned that the show would be hosted in a French provincial city arena, rather than within the Paris city limits. This however, was before COVID-19 stretched into the latter half of 2020, so plans may have changed.

We also knew that Stéphane Bern was selected to once again host the national final, a familiar face and voice for French Eurovision fans as he has served as the French commentator at Eurovision since 2015. We were also alerted that France chose not to select Tom Leeb for Eurovision 2021 in a mutual agreement between both artist and broadcaster.

What we learned today

While back in July Redde-Amie indicated that the selection was to happen, official plans have been made to bring it to the French public and international fans sometime in January 2021. That would likely make Eurovision France the first national final to take place in 2021 (Festivali i Kenges theoretically is the first Eurovision national selection as it takes place in December).

Information has also come out that 12 artists will be or already have been selected for the show. The submission window for entries opened up on June 29th, so one would speculate that decisions have already been made regarding who will be competing but who was actually selected is anyone’s guess. Unlike in 2018 and 2019 where France TV worked with record labels to procure artists, the 2021 selection allowed for public submissions. This means there may be artists in the line-up who will take to the big stage for the first time!

Popular choices for Eurovision France: It’s Up to You

The members of our forum have put together a few artists they wish to see in the national select, along with those we think France TV has their eyes on. Keep in mind these are not artists that have been announced or suspected of being shortlisted!

Therapie Taxi is a band that has been around since 2017 and works within the pop, rock, and hip-hop genres. They have released countless singles with high play totals on YouTube, along with an EP and three albums. They were slated to be touring in the Fall but have cancelled those plans for COVID reasons – perhaps some time to work on a Eurovision entry?

Using the trend of pulling national final artists from the The Voice: La plus belle voix, 2018 winner of the show Maëlle carries great potential. Lisandro Cuxi was the winner of season and was shortlisted for the 2018 Destination Eurovision competition, so it is possible! According to fans she has the full Eurovision package, she is a dancer, has charisma, powerful vocals, and more.

Similar to Maëlle, season nine winner Abimaël “Abi” Bernadoth carries promise for being on France TV’s radar. The singer took the show by storm with his talented piano playing and the emotional power behind his voice. His biggest obstacle on the show was his self-confidence, so it’s possible that he may not have submitted directly after winning The Voice. However it is worth stating that Lisandro submitted immediately after his 2017 win!

Aya’s participation may be a bit of a stretch, but she has been taking the world by storm as of late. Her combination of Afro-pop, R&B, and pop sounds. Originally from Mali, Aya and her family immigrated to France when she was young and she was launched into the music industry in 2014. Her first big break came in 2015 when the song Brisé amassed 13 million plays on YouTube, which propelled her into a national spotlight and secured her a deal with Warner Music France. In 2019 she was the most watched French Female artist on YouTube and the most streamed of the same category on Spotify.

In the meantime we will just have to be patient for more official news from the French broadcaster.

What do #YOU think of this news? Was there anyone on the fan wishlist that you want to see in Rotterdam? Let us know in the comments, on social media, or on our forum!