Home 2019 Montenegro: Our reviews of the Montevizija entries 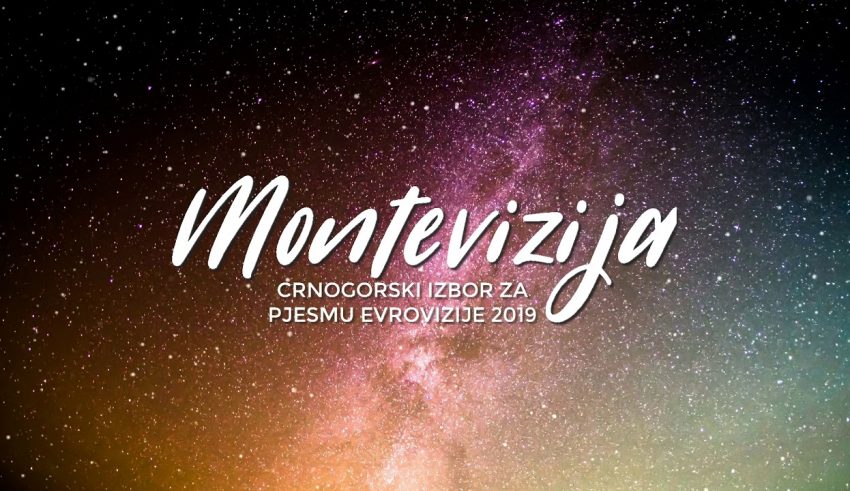 Tonight, Montenegro will become the seventh country to select their entry for Tel Aviv, with the second consecutive year of Montevizija being held in Podgorica. Five acts are set to take to the stage including some familiar faces, but which of the acts do we feel have the best chance to bring Montenegro back to the Eurovision final? Our team have decided…

David – 2 – “I have honestly no idea what I was listening to, when I decided to give this song a try. What genre would you even categorize this under exactly? The style changes so much throughout the entire song, just like how the vocals change. They say that too many chefs ruins the food, the same goes for music.”

James – 2 – “Can we smash that slide whistle effect? And that weird cat effect as well? Actually, every effect thrown on by the production team is annoying. The vocals, they’re fine. They harmonize well, but the lyrics. Oy mijo, the lyrics. “Falling! I’m in Heaven! Falling!” Those are mixed metaphors! Isn’t heaven above? It’s like they raided the Valentine’s Day card section at the Hallmark store, put the cards through the shredder and randomly assembled the words to form the verses and chorus. This is dire.”

Robert – 1 – “This is not particularly good as a song. It starts quite poorly and I almost miss where the chorus comes in. It feels like a real mismatch of lyrics and music with the result that the effect of the song is just chaotic and messy. There is very little positive I can say about this as it is basically four songs crushed into one. I could have believed this was written by a group of pre-teens; it feels so amateur.”

Sean – 7 – “There’s a lot of elements to try and pick apart here, with a mish-mash of genres involved. Overall, this has quite a 90s RnB and hip hop feel (why do so many songs have a 90s vibe this year?) and has quite a neat nostalgic vibe. The group need to be careful it doesn’t stray into Eddie Butler or six4one levels of happy-go-lucky cringe, but I’m digging this.”

Zack – 3 – “Nice vocals, but the song is extremely dated. It sounds like something a winning group from Popstars would sing when they won their season…back in the early 2000s. I’m not feeling it, but maybe the live version will sound better.”

David – 4 – “Very often, the contest overall gets criticized due to there being so few non-English songs, but in this case, I would actually rather want an English version. Overall, this song is too techno for me and sounds like something that really tries to be modern, like some sort of discotheque nightclub banger, which is not me at all, and therefore it does very little as well to me, by not being in English.”

James – 7 – “Oh great, the Michael James Down and Will Taylor road show has shown up in Montenegro. To their credit, this is probably their best song this year. This one has a bit of a dark side, giving this club banger a bit of a Goth edge. And that’s about as distinctive as this one gets. It’s well done, and at least Down and Taylor didn’t dial this in, but it lacks imagination. And this is the best of the Montenegrin bunch.”

Robert – 4 – “The backing music is quite loud at first and the lyrics don’t quite flow as smoothly as perhaps they could. Again, there seems to be a disconnect between the lyrics and the music which is quite jarring at times. I quite like Andrea’s voice, but there’s not a lot else to enjoy in the song for me, apart from the ending which is just the right side of crazy.”

Sean – 7 – “She’s back, and she’s blending Balkan grit and attitude with a dirty electro beat which I certainly did not expect. It’s not the most modern track (and could be a compliment to Hatari’s computerised electronics in Iceland) but with a fiery performance and a beefy revamp this could be a stand-out in May if chosen.”

Zack – 8 – “Well, this is quite different from the rest of the bunch. I almost feel like the rest of the songs selected were purposely dated to make this one sound so much better. This is modern, has a bit of the dirty sleazy pop that I’ve been wishing would make its comeback to Eurovision since Nina slammed down her vocals in 2013. This is my winner of the bunch and has the strongest shot of getting the Balkan nation back to the finals!”

David – 6 – “Alright, so this one has some nice up-tempo beats, and it has my head moving to it as well. Often during Eurovision, we get what we call “Balkan Ballads”, but here we have something that’s a “Balkan Banger”, I’m feeling the vibe and where it comes from, by being performed in the native language. Yet, it only captures me slightly, so I’ll move along to it and not much more than just that.”

James – 6 – ” If Google Translate serves me right, the title means “Unerringly.” I wouldn’t say this song does anything unerringly, and though it takes a while to get going, it is a fun Eastern European pop banger. The “ah ah” touches are cute, but other than that the song lacks distinction. It would struggle to escape the Semi-Finals, which is the rut Montenegro’s been in for a while now.”

Robert – 7 – “Oooo finally an introduction I can enjoy! The chorus is actually pretty cool on a first listening. The verses are somewhat weaker and the instrumentation feels a little too minimalist for me. Perhaps they just contrast badly with the stronger chorus. It’s hardly a masterpiece but this is something I wouldn’t mind seeing in Tel Aviv so I am quite chuffed to hear it. The instrumental break towards the end is a little bit unusual, but the launch into the finale does kinda work.”

Sean – 3 – “This is dated as hell. It’s not terrible but save for the slightly more interesting bridge this wouldn’t have sounded out of place in Athens 2006. It’s a standard pop song and as someone who needs something interesting to sink my teeth into, I can’t really say much more on this song. For someone who only knows English the title is cool though.”

Zack – 5 – “Dated dance pop. Again, another song that would have sounded better 15-20 years ago. It’s not to say that Monika is a bad singer; it’s just that the song is not showcasing her potential.”

David – 5 – “There it is… well, almost. A “Balkan Power-ballad”, I’m very rarely into ballads overall, but power-ballads are something completely different to me. This one gains some momentum and goes from there, but I do still feel it lacks some power at the end as well, and generally throughout most of the song, but still an enjoyable listen”

James – 6 – “The song title means “Innocence,” a change of pace after “Kisses” last year. It is a fine ballad, and though she sings beautifully in her native tongue, it is all a rather forgettable affair. She’s probably the best singer so far, but also has the least memorable backing track even with upswelling orchestration towards the end.”

Robert – 4 – “This feels very low key and laid back – perhaps a little bit too much so for Eurovision? Over halfway through the song it feels like almost nothing has happened – and not in a good way! The second half, however, does come alive a little bit more and I like her voice enough to begin to come back to it. Overall, though, it feels fairly forgettable.”

Sean – 5 – “It’s a lovely little ballad with all of the drama and quality oozing from every pore of the Balkans, but I hadn’t really noticed it drift past me until the song was over. Can Ivana captivate the audience live to keep their attention? It doesn’t really work for me. Pleasant but not exciting.”

Zack – 6 – “This has hints of the Balkan pop sound, but with a more modern spin. With the guitars going from acoustic to electric, the song has a nice build. Will this help Montenegro qualify to the final? I’m doubtful, but it’s a welcome return to the right direction.”

David – 5 – “A little Balkan soft-rock, this sends me back to the years when Montenegro just made their debut as an independent country, but it’s modern and more soft now. A bit of a shame, cause I think it would been really cool, if this just went all out, so instead it becomes a bit lack-luster to me and the interest easily fades out.”

James – 6 – “A mildly thrilling, if dated, pop rock song that sounds like Colombian pop rock filtered through the Balkans. Unlike Ella Hooper’s “Data Dust,” this one actually sounds like it was pulled from the early 2000s rather than an older act updating her classic sound with modern touches. I am guessing Petkovic is hoping that a bit of rock will make her stand out in a sea of ballads and pop and hip hop at Eurovision. But Nina should learn from Ella and revamp “Uzmi ili ostavi” with a few touches of 2019.”

Robert – 5 – “There is a faintly threatening note around this song but it never quite manifests itself properly, which is almost a shame as it’s cool vague sense of unease. Nina’s voice works well with the flow of the song and comes across well. It does, sadly, feel like they ran out of ideas for the song about two thirds of the way through and just stretched out the rest…”

Sean – 5 – “Soft rock has never really been my thing but this is a decent track, although not really suited to 2019. I think this could come alive with the performance if they worked on the song and made it more hard-hitting than it is currently.”

Zack – 4 – “With just enough rasp in her voice, Nina gives us a nice pop-rock song. However, the song feels like it plods along. I’m not sure it’ll do the trick and I had high hopes for seeing a former national final artist succeeding on their second try.”

How did this affect our ranking? Let’s find out!

As a result of our reviews, our team would like to see Andrea Demirović return to the Eurovision stage after a decade with “Ja sam ti san”! Do #YOU agree with our verdict? Find out who Montenegro choose for Eurovision later on this evening!

Who do #YOU want to represent Montenegro in 2019? Share your thoughts with us on our forum HERE or join the discussion below in the comments and on social media!