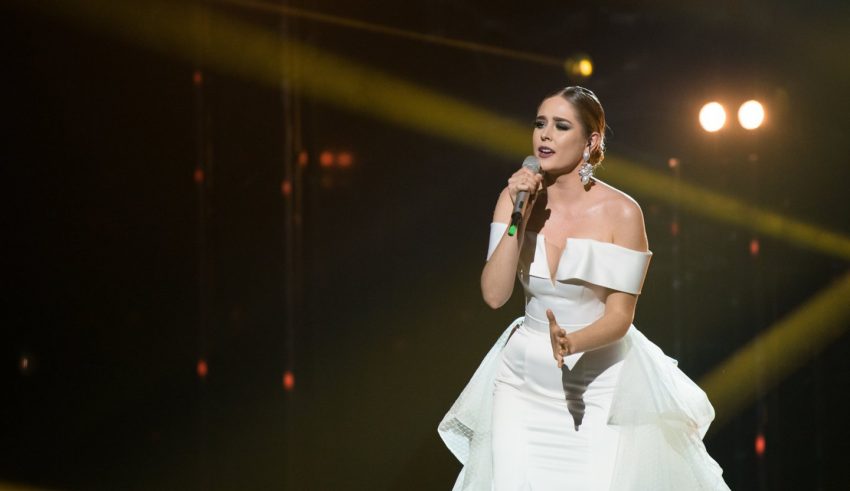 Monika Marija issued a plea to her fans last week: don’t vote for her performance of “Criminal” in Eurovizijos Atranka Semi-Final 2. This was due to her “Light On” having already made it from Semi-Final 1 to the Grand Final, and her fear that her fans would split their votes between the two entries and allow another favorite, most likely Jurijus’s “Run with the Lions,” to beat her to representing Lithuania at Eurovision 2019.

Her plea did not work. Both judges and televoters gave enough votes to “Criminal” for it to advance in third place from Eurovizija Nacionalinė Atranka Semi-Final 2. Prior to the contest, Marija entered two songs, but had expressed a preference for “Criminal.” However, after feedback from the Heats round and Semi-Finals, Lithuanian fans had actually expressed a slight preference for “Light On,” but not enough for “Criminal” to be knocked out of the Eurovizija Nacionalinė Atranka process.

But according to Lithuanian news sources, she decided to withdraw “Criminal” from contention, citing that “Light On,” as well as being stronger with both judges and televoters in both the Heat rounds and Semi-Finals, also has lyrical significance due to her having recently sustained serious injuries in a near-death vehicle collision and the existential crisis that resulted from having faced an experience like that at such a young age.

Do #YOU agree with Monika pulling “Criminal” instead of “Light On”? Comment in our forum, on social media, or in the comments below.