Home 2021 Middle fingers up! Finland rises to top of our Forum Ranking Game 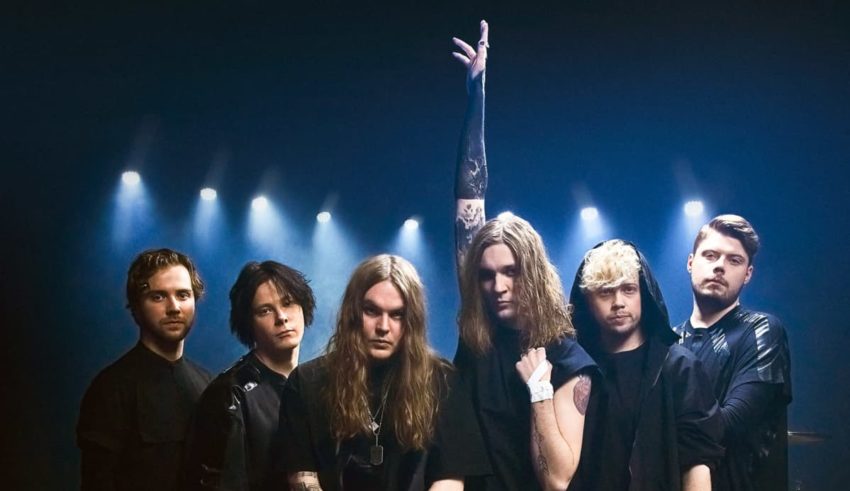 As has been the case each week since the songs for Rotterdam started rolling in, the members of our forum have been fervently voting for their favourites in this year’s Eurovision Song Contest, handing out points to their top ten songs to give an overall Eurovision-style ranking of the year’s songs.

After the close of the polls at midnight on the 13th, marking the end of the seventh round of voting, we have a new leader!

What happened in round seven?

By gathering 643 points from our forum members, Finland‘s Blind Channel have jumped two places to take the round seven crown, pushing last week’s winner Barbara Pravi and France down to second with 615 points. Lithuania‘s The Roop drops one to third place on 598 points.

Finland, France and Lithuania have completed the top three for the last three rounds, with each act spending one of those weeks at the top. Can anyone break their dominance in the coming weeks to Eurovision 2021?

With a busy week of internal selections being revealed, there were a number of new entries joining the game throughout the week. Most notably, two of the week’s early reveals completed the top five; Italy‘s “Zitti e buoni” in fourth with 550 points, and San Marino‘s first ever appearance in our Forum Ranking Game top five with “Adrenalina” on 466 points.

The biggest climber of the week was Romania, whose song “Amnesia” by Roxen became a big hit with our forum members, jumping ten places to 7th. Elsewhere, there were big falls for some songs; Israel, Slovenia, Albania, Spain and Netherlands all dropping by ten or more places as newer entries were introduced.

#YOU can check out the full ranking below; 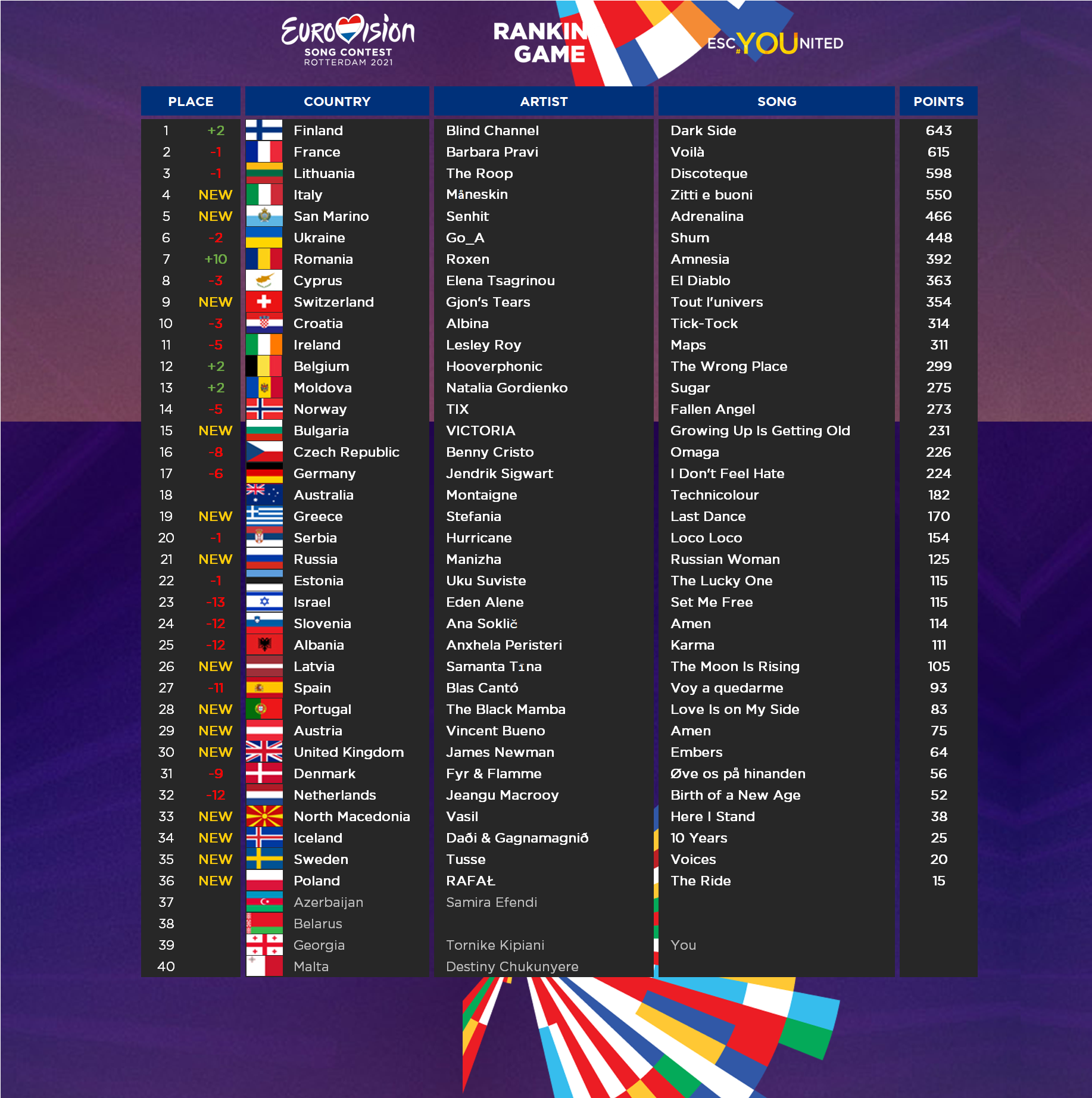 With the majority of this year’s songs now up for a full week of voting, with the final four expected imminently, how will the picture of Eurovision 2021 shape up in round eight?

How do I vote?

Not happy with the results of round seven and want to help push your favourite up in the rankings? #YOU can help to change that! All you need to do is make sure you are registered on our forum (it’s free) and head to THIS THREAD to post your votes – we will do the rest! Make sure the read the rules before voting; most importantly, #YOU cannot vote for your own country and we will be checking this with all votes, so don’t even try!

The full ranking countdown with a reminder of all of the songs will be published early every Sunday on our YouTube channel, so make sure to hit subscribe with notifications to not miss the results each weekend!

Winners of previous rounds and results (points in brackets):

What do #YOU think of our forum members’ ranking? Will Finland hold on to top spot this week? Share your thoughts with us on our forum HERE or join the discussion below and on social media!