Home 2020 Marko Marković: “A good song and the energy you send, that gets remembered” 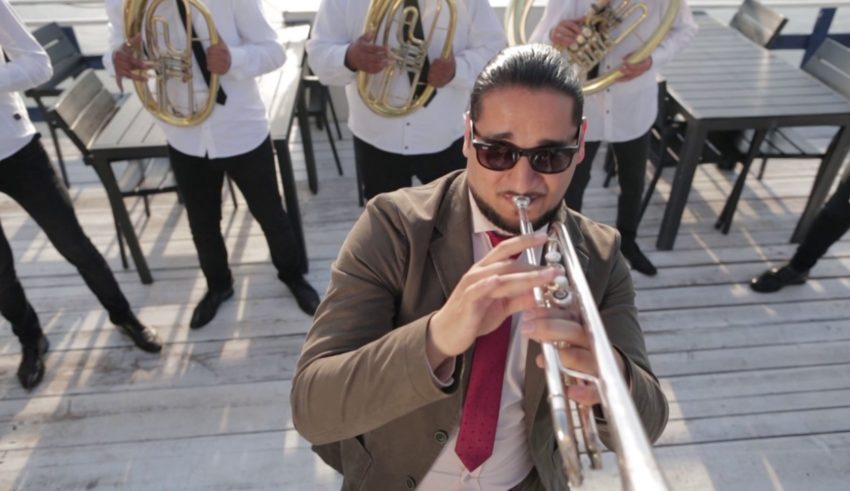 We at ESC United continue to bring you exclusive interviews with the participants from national finals from all over Europe! Next up, it’s time to head to Serbia.

You all know who will participate at Serbian national selection, Beovizija, and one of the contestants who we’ve interviewed is Marko Marković, whose song has quite an interesting title – Kolači (Cakes). Marko is one of the most famous trumpet players in the region and he has won many prestigious awards for his work. We spoke to Marco about his vast touring background, singing in his sleep and the positive vibes he brings to the stage…

Hi Marko! Thank you for taking your time to talk to us! First of all, what motivated you to apply for Beovizija?

My wish is to represent Serbia at Eurovision. My wish is also to represent myself in a new light to Serbian audience. I have had more than 1500 concerts abroad, but unfortunately not many of them were held in Serbia. I am also motivated by the support I am getting from my team and the audience.

Can you tell us something about your song?

My song was done by the Serbian dream team – Vladimir Grajić and Leonina Pat and also Nemanja Filipović and myself. The lyrics call you to dance, the base of everything is a game and while we play we are happy and we feel young no matter how old we are. Invitation to eat cakes is just a symbol. The song is cheerful and the goal is bring out the all the positive feelings. We all need some joy and my song Cakes is full of it.

Are you preparing something special for your stage performance?

Milica Cerović is my dance and stage coach. My performances are known for the energy I give. When I succeed to transfer that energy to the crowd I know that it was a good performance. It will be the same at Beovizija. A good song and the energy that you send, that is a thing that gets remembered. After Beovizija I would like for people to talk about my song and my performance and not about the pyro and scene effects. Don’t get me wrong, overall impression is very important, I am very demanding when it comes to stage performance and the stage, but the song itself and the way how you perform it is much more important.

How would you describe yourself in three words?

My closest associates say that I was born under a lucky star, I would say that I am hardworking, persistent and resourceful. 🙂

Would you be so kind to tell us something interesting about you? Something that people usually don’t know?

I sing in my sleep. I did that even when I was a kid and it is still happening. It happens often that I change the song list at my concerts. I love to “feel” the crowd and to improvise. It drives crazy the rest of my band but till now they are kinda expecting it!

Have you watched Eurovision in previous years? Did any song catch your attention?

Honestly, somehow it happened that I had gigs when live shows were on, but of course I was watching it in 2007 and I was cheering for Marija with all of my heart.

What would it mean to you to represent Serbia at Eurovision?

Every single of my concerts abroad are being opened with the words “Marko Marković brass band from Serbia is playing for you”. With a win at Beovizija I would finally, and officially, represent Serbia, my home country and it would me a lot to me. It would also be a huge satisfaction for Roma people.

Thanks for your time. We wish you the best of luck for Beovizija. Maybe we will see you in May in Rotterdam!

Even though the official presentation of Beovizija entries are scheduled for midday Thursday, Marko has already performed his song Kolači at a weekend show on the biggest commercial broadcaster.

What do #YOU think of Marko Marković and “Kolači”? Share your thoughts with us on our forum HERE or join the discussion below in the comments and on social media!