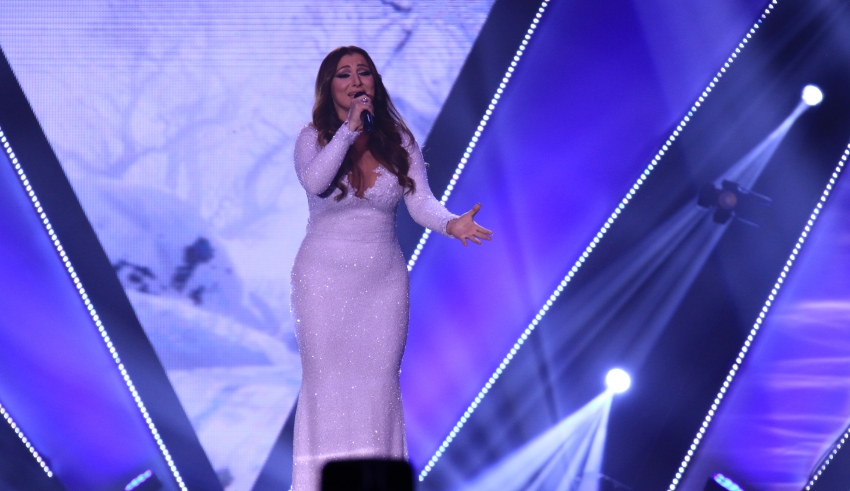 10: The Travellers & the Interval Act

Maltese people are definitely proud of their language. This boy band managed to ease the tension of this competition with their Maltese repertoire. Many Eurovision critics also suggested that this band should represent the island. Who knows? One day maybe Before she sang any note she reminded us Eurovision lovers of Iveta (Armenia 2016). The mix of a talented Maltese beauty and a song that inspires a lot of people to fight to survive; Cherlton surely deserves our 9th best moment in this competition. For those who have been following this competition closely, Rhiannon has spoken many times about the bullying she had suffered during her childhood. Instead of choosing a vindictive way to get back at her bullies, Rhiannon decided to forgive them and she sought revenge using music. I am afraid that most of the televoters didn’t get the point of this song however I would like to congratulate Rhiannon for this master piece. Franklin is a rising star in Malta. His simple yet effective performance managed to impress most of the viewers of this contest. Although he didn’t manage to reach the top 3, his performance did reach our 7th most important moment in this festival! Winning the Swedish Pop Idol in 2008 didn’t stop his dream to represent Malta in the Eurovision Song Contest. He had a simple performance, yet our 6th top moment is when he was announced for the 3rd place in contest. I am sure most of the fans weren’t expecting this.

Since the release of these songs, Brooke was a fan favourite. In fact it was also the favourite winner in our Poll. The audience gave Brooke a standing ovation. This was Janice’s first attempt in this contest with a Maltese language song. A magical performance which was also given another standing ovation from the audience. Our 4th top moment is when Janice was announced the well deserved 2nd place. Medleys are always medleys. The 16 participants took us on a journey of some of the songs which represented Malta in Eurovision. The medley was accompanied by the talented Annalise Ellul dancers who made this opening act more special. Annalise Ellul is also a former participant in the Malta Eurovision Song Contest.

2: Mary Spiteri to give the trophy to the winner Everyone heard the audience chanting “Mary! Mary! Mary!” And most of you wondered why? Mary Spiteri is an icon in the Maltese Islands. She is the Maltese Charlotte Perelli. In 1992, Mary Spiteri managed to reach the 3rd place with her entry Little Child. At the time it was the best result that Malta achieved in the Eurovision Song Contest. This was Claudia’s 9th participation & Claudia’s 11th entry in the Malta Eurovision Song Contest. The break she took these past few years help her to give the most emotional performance this artist ever gave. The top moment of course is her winning the contest after all these years.

What do #YOU think about our top 10 moments? In the meantime, join us on our Forum HERE to continue the conversation. Thousands of Eurovision fans are awaiting your opinions and thoughts.