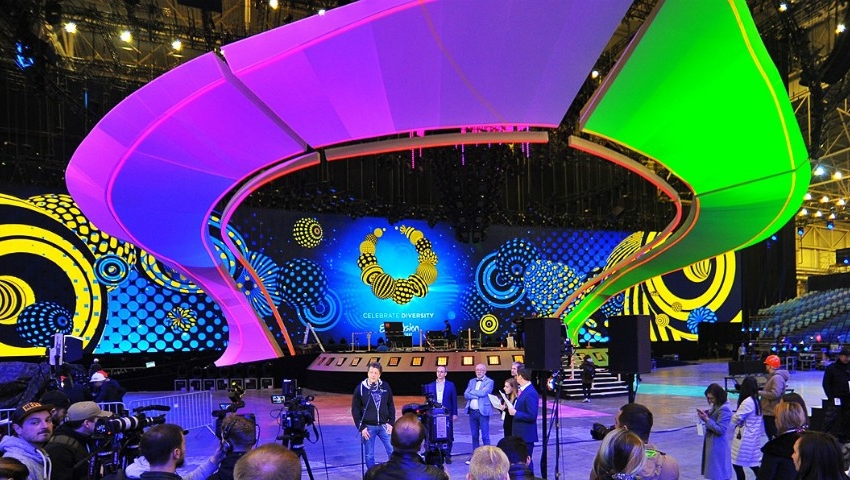 Hello Europe and the rest of the world!

It’s Saturday (Day 7).  While many of you have the day off, we are still hard at work at the press center.  And this is after a long night of attending not one but two parties.  OGAE Ukraine had their party last night at EuroClub, which featured numerous artists including Verka Serduchka (Ukraine 2007) and Alyosha (Ukraine 2010); and the Moldova delegation held a separate party featuring not only SunStroke Project, but also Pasha Parfeni (Moldova 2012) and Aliona Moon (Moldova 2013).

Second rehearsals will continue with the rest of Semi-Final 2 (The Netherlands, Hungary, Denmark, Ireland, San Marino, Croatia, Norway, Switzerland, Belarus, Bulgaria, Lithuania, Estonia, Israel).  As noted yesterday, for these rehearsals, we can enter the arena and watch the performances there.  Performers are also required to wear their full costumes for this rehearsal.

Be sure to follow our livestream to keep up with all of the latest news and happenings at the arena and press center!