Home 2017 Latvia: Triana Park “We are willing to go to reach our loved one’s desires” 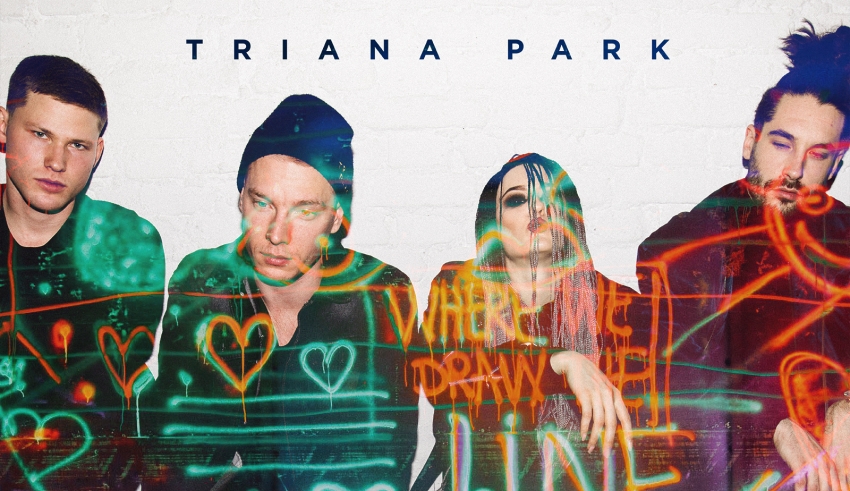 Tonight, the second heat of Supernova will air. 4 songs will be chosen for the next round. Triana Park are one of the artists whom is selected and today they found some time to chat with us about their upcoming participation in Supernova.

Triana Park is a four member band – lead singer Agnese, bass player Kristaps, drummer Edgars and guitar player Arturs. We are playing together since 2008 and this is our first year participating in the Supernova contest, and we have high hopes for our song Line.

The song you are presenting for Supernova is “Line”. What can you tell us about the song?

This is an electro based song that we published as a single from our upcoming EP album. The song is a story of how far we are willing to go to reach our loved one’s desires. Where we draw the line is a question we ask to ourselves and each listener.

What was the inspiration for the song, and did you write it specifically for the national final in Latvia and Eurovision?

The song was planned as a single release for the upcoming EP album, but as our friends and fans loved it so much and as we got some great reviews from our international listeners and collegues, we decided to submit the song for this contest.

We rarely watch it as none of band members have a TV, but one of our favorite songs from ESC is Loreen’s Euphoria so we are excited to see if she will be representing Sweden this year again since she is competing again in the Swedish Melodifestivalen.

We are dreaming of having a show in Madison Square Garden, Royal Albert Hall, and some nice place in South America!

We are big fans of Limp Bizkit, Bjork and Kanye West. We just like dope shit.

What is the biggest success so far for you?

We have performed huge local as well as international shows with up to 28,000 people. Also we have participated in large showcases in Europe and USA.

We are obsessed with work, food and fighting with each other.

In the studio. Or somewhere eating.

You can listen to Triana Park’s entry “Line” below :-