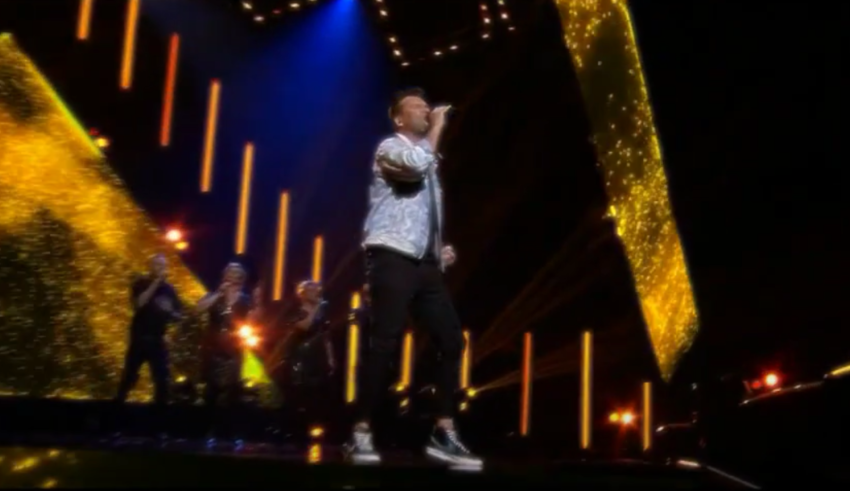 Estonia kicked off their search for Rotterdam in style this evening, with the first twelve acts of this year’s Eesti Laul taking part in the first semi-final live from Tallinn.

The show, of course, went ahead without the usual audience and atmosphere, however there was still opportunity for a vibrant atmosphere in the green room among the competing acts and delegations.

The running order for tonight’s show was as follows;

The show saw multiple familiar faces to Eurovision and Eesti Laul fans alike, in a glitzy and well-produced show hosted by Grete Kuld and Tõnis Niinemets.

The result was decided by a mixture of votes, with four qualifiers chosen by a 50/50 split of jury and televoting, and the final two qualifiers in this evening’s semi-final selected by the public alone.

As the semi-final drew to a close following a performance from Estonian rapper Beebilõust and former Estonian representative Elina Born, it became clear which six songs would make it to the Eesti Laul final on March 6th. They are;

The second semi-final of this year’s Eesti Laul will take place on Saturday 20th February, as another twelve acts vie for the last six tickets to the final.

What do #YOU think of tonight’s results in Estonia? Share your thoughts with us on our forum HERE or join the discussion below and on social media!