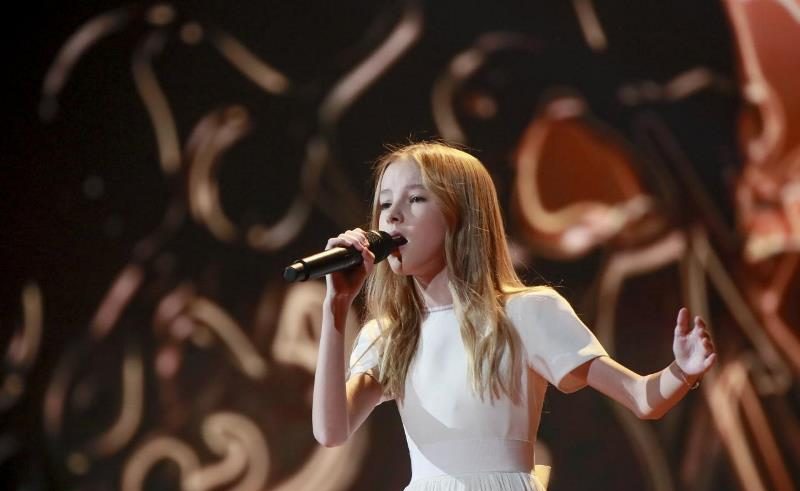 While the adults are battling it out to see who gets to represent their countries at Eurovision 2019 in Tel Aviv, Israel, two alumni from Junior Eurovision are busy conquering the United States.

Daneliya Tuleshova, who represented Kazakhstan and placed 6th in their debut appearance at Junior Eurovision 2018, has been dazzling American audiences in the CBS show The World’s Best.

Tuleshova cruised through Week 3 of auditions, garnering 96 out of 100 possible points, easily surpassing the minimum 75 points required to move on, and the best performance of the night. In her first battle round, Tuleshova beat Japanese violinist Manami Ito 71 to 60. Tuleshova will move on to the next battle round, which will be aired on CBS on March 6, 2019 at 9 p.m. ET.

Are you ready for more mind-blowing performances? Tune in at 9/8c to see which acts will be sent home packing after tonight's Battle Rounds! #WorldsBest pic.twitter.com/Yrhi0jWrWT

Though Tuleshova has done well on the show, her star on The World’s Best has been somewhat stolen by six octave sensation and fellow Kazakh Dimash Kudaibergen, whose name is often bandied about on fan wish lists whenever the topic of who Kazakhstan’s eventual first Eurovision participant will be.

In other Junior Eurovision alumni news, the very first winner of Junior Eurovision in 2003 for Croatia, Dino Jelusic, today announced a new EP called “Back to the Roots” for his hard rock act Animal Drive. This is a follow-up to their 2018 critically acclaimed debut “Bite!” A single called “Monkey Business” was released today, a cover by famed 1980s hair metal band Skid Row (whose frontman Sebastian Bach also had a famous recurring role as Gil, the frontman of Lane’s band Hep Alien, on Gilmore Girls) and the EP itself will be released on April 5, 2019.

The EP will feature four covers, including “Monkey Business,” Roxette’s “The Look” (featuring Rosa Larrichiuta, who performs with Jelusic as a traveling vocalist for the Trans-Siberian Orchestra), Whitesnake’s “Judgment Day,” and Warrant’s “Uncle Tom’s Cabin.” Jelusic said he chose to cover “Monkey Business” as the positive press he received for “Bite!” compared him favorably to Bach. No word if that comparison is enough to land Jelusic a gig on a future Gilmore Girls project.

Plans are afoot for a new album, and Jelusic plans to expand beyond the aggressive, snarling hard rock of “Bite!” As he said in the release notes for “Monkey Business,” “I more or less have all the songs down. It will be epic, a lot more versatile than the first album, more pianos and orchestra, progressive, but still very heavy and melodic. Probably my finest lyrical and musical work to date.”

And in other Junior Eurovision news, ZENA will be one of ten contestants competing to represent Belarus at Eurovision 2019. Though ZENA narrowly failed to make the finals of Junior Eurovision in 2014 and 2015, her name stood out as a positive for Belarus fans in what has been a messy Eurovision year thus far for the Eastern European nation.

The Belarus national selection final will be shown on Belarus’s TVR on March 7, 2019.

Junior Eurovision 2019 will be held in Poland after Roksana Wegeil won the 2018 edition with “Anyone I want to be.” We will keep you updated on contestant details as they are announced.

It was pointed out by none other than #YOU that Dino Jelusic appeared at Dora on February 17, 2019, Croatia’s national selection process for Eurovision 2019, to perform a medley with 17-year-old up-and-coming Croatian singer Mia Negovetić.