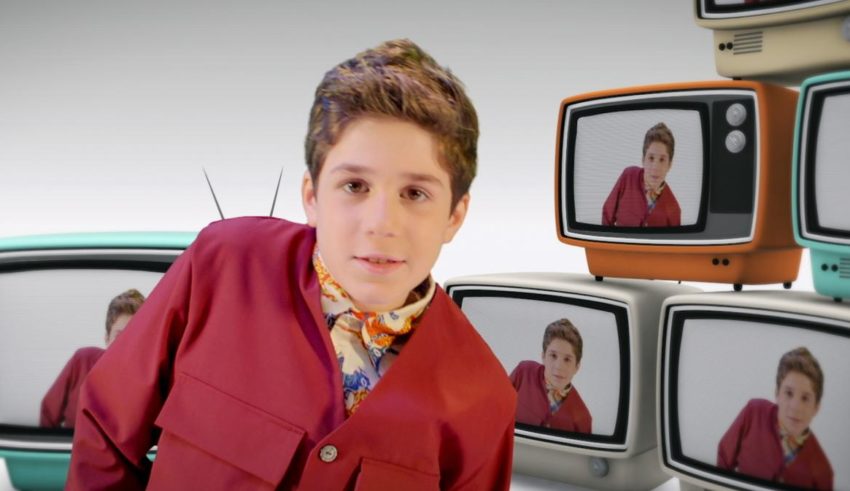 Georgian broadcaster GPB decided do not waste any time. Last night, he won Ranina and just a few hours later we already have the official music video. Here’s the song that Nikoloz Kajaia will perform at the Junior Eurovision Song Contest on the 19th of December in Paris. Let’s listen to “Let’s Count The Smiles.”

The song is written and composed by Giga Kukhiandze, who is responsible for three Junior Eurovision winners for Georgia: Bzikebi’s Bzz.. (2008), CANDY’s Candy Music (2011), and Mariam Mamadishvili’s Mzeo (2018). The author of Georgian lyrics of the song is Irina Sanikidze. The director of the clip is Zaza Orashvili and Iza Nadareishvili took care of Niko Kajaya’s costumes during the shoot.

10-year-old Nikoloz received the ticket to fly the Georgian flag in Paris after defeating Barbare Makhatadze and Gega Shonia last night at the Grand Final of Ranina. For the last 4 years the children talent show has been used as the selection method to choose their representative for the Junior Eurovision Song Contest,

Niko was born and raised in the capital city of Tbilisi. In his free time he learns to sculpt and watch cartoons! One day he hopes to be either a famous pop star of the President of Georgia.

Georgia debuted in 2007 at the Junior Eurovision Song Contest and participated every year since their debut. It’s the only country that has won the contest already three times (2008, 2011 & 2016). Last year, they finished in 6th place with Sandra Gadelia and her song “You Are Not Alone.”

Do #YOU think Georgia has what it takes to win JESC this year? Share your thoughts with us on our forum HERE or join the discussion below in the comments and on social media!