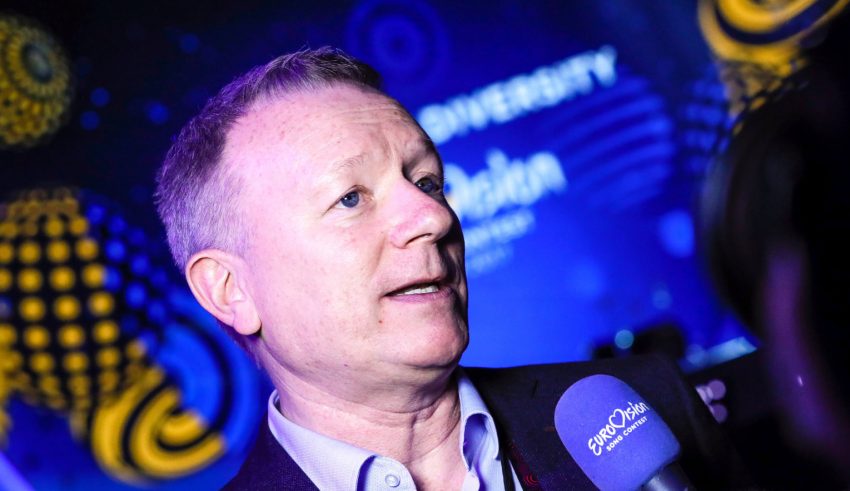 After a decade at the helm, Jon Ola Sand has today announced his decision to step down as Executive Supervisor of the Eurovision Song Contest after the Rotterdam 2020 contest is complete. At that time, Sand will also resign from his role as Head of Live Events at the EBU, a role in which he also oversees the Junior Eurovision Song Contest, Eurovision Young Musicians and Eurovision Choir events.

With his trademark catchphrase, asking the hosts to “take it away!” before every voting sequence, Sand has quickly become an iconic, trusted and highly revered face when it comes to the Eurovision Song Contest. This reverence, combined with Sand’s expressive mannerisms and unique energy when speaking on camera, have at times also spurned the internet into making the Executive Supervisor a meme. Perhaps the most famous example of this was Shocked Jon Ola in 2016, which the man himself was… well, a little shocked by.

In an announcement on Twitter today, Sand stated, “The past decade at the EBU headquarters has been fantastic and exciting but it’ll also be good to come home.” This statement was accompanied by the announcement that his next move will be to return to Norway, to undertake a role in Norwegian national broadcaster NRK’s head office.

🎙️Take it Away! 📣@jonolasand will step down as #Eurovision Executive Supervisor & Head of Live Events for @EBU_HQ next May

Sand will remain in charge of the Contest until after the 65th edition in Rotterdam, stating that there is “still plenty of work to do for ESC 2020 before then!” As the EBU continues to work on plans for the big show in May, they will also begin the search for someone to fill the enormous shoes Sand is leaving behind.

What will #YOU miss most about Jon Ola Sand? Let us know in the comments below, in our forum, or on social media.