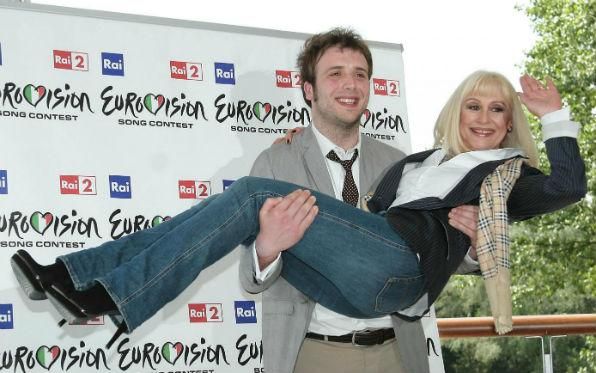 She was an icon for decades on Italian television. She was an icon on American movie screens. She was an icon in Spain, Latin America, the United Kingdom, and for the LGBTQ+ community, and it is with much sadness that we learned of the passing of Raffaella Carrà this morning at the age of 78.

In a statement, her partner Sergio Iapino said “Raffaella has left us. She has gone to a better world, where her humanity, her unmistakable laugh and her extraordinary talent will shine forever.”

As the public were unaware of her long fight against an as yet undisclosed illness, there was speculation that Carrà would be involved in some capacity at Eurovision 2022, whether at Italian broadcaster RAI in the lead up to the event or at the actual event itself.

Carrà hosted the Sanremo Music Festival in 2001, though over the next decade she was instrumental in Italy’s return to the Eurovision fold in 2011.

Italy, with some help from Carrà as part of the negotiations between RAI and the EBU, returned to Eurovision in 2011, and Carrà herself presented Italy’s votes.

Born Raffaella Pelloni in Rimini on June 18, 1943, Carrà’s career took off early, with her first film appearance being Tormento del passato in 1952.

After graduating from the National Academy of Dance and the Experimental Center of Cinematography in 1960, Carrà became an in demand actress landing many roles in Italian cinema, including 1960’s Fury of the Pagans and 1962’s Ulysses Against the Son of Hercules.

In 1965 she landed the lead female role in Von Ryan’s Express, a World War II action drama starring Frank Sinatra and Trevor Howard. It was a smash hit, being one of the Top Ten grossing movies of 1965.

After a couple television appearances in the United States, including the spy caper I, Spy, Carrà returned to Italy, though she also appeared in several French films, including 1970’s Cran d’arrêt.

1970 was also the year Carrà scandalized Italian television screens by dancing in a costume that exposed her belly button. She did this on the RAI dancing show Canzonissima, which she co-hosted in 1970, 1971 and 1974.

Acting and dancing were not the only talents in her wheelhouse – in 1970, Carrà released the first of many hit singles, including “Tuca Tuca.”

And it is not just her native Italy where she had hit singles – in 1978, Carrà reached Number 9 on the United Kingdom Singles Charts with “Do It, Do It Again.” Unfortunately, that remains her only English language hit, and is fondly remembered in lists of “Best One-Hit Wonders of the 1970s.”

The hits did keep coming in other languages and in other countries, including repeated success in Argentina and Spain.

Towards the middle of the 1980s, Carrà would return to Italy and do long-standing stints as a television host of various Italian shows.

A vivacious, lively, charismatic icon, Carrà will be greatly missed. To her partner Sergio, her friends and family, we at ESC United offer our condolensces.

How do #YOU best remember the great Raffaella Carrà? Let us know in the comments below, in our forum, or on our social media.