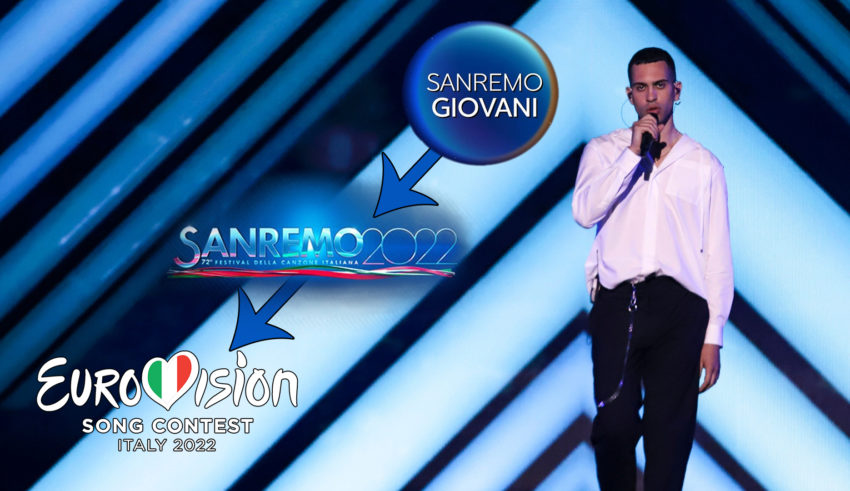 Before you’re wondering “Isn’t Sanremo supposed to take place in February?”. Then yes, yes it is! However, we are now talking about Sanremo Giovani. This selection will not act like the national final for Italy, but will instead offer two of the participants to join Sanremo in 2022.

The past 2 years, winners of Sanremo Giovani were still given the chance to participate in the annual Sanremo Music Festival, but they were sent to the Newcomers section, which acts completely separated from Big Artist competition. However, for 2022, the Newcomers and Big Artists competition will be merged once again, which therefore will give the Giovani participants a chance to win it all.

The competition might seem harsh and hard, and the chances that any of them might win also seem rather small, but for now, let’s see who the 12 participants are:

Let’s clarify one thing first, these songs will NOT be the songs that the acts will perform at Sanremo in February, should they qualify. Acts marked in Bold text qualified from Area Sanremo.

This is the show that will take place on the 15th of December 2021, and the two acts that are ranked the highest, will be given the opportunity to compete at Sanremo 2022.

Sanremo 2022 is expected to feature a total of 24 acts, and will act as the national final with the winner “only” being given a first refusal, whether the winner wishes to represent Italy at the Eurovision Song Contest, but seeing as Italy is the host country, it wouldn’t be surprising to see that most acts would probably accept the offer when the music festival takes place between the 1st and 5th of February 2022.

As mentioned before, it does seem like a difficult and harder way to win it all, but one of these uprising stars might surprise out of nowhere, and it has indeed happened in the past.

Let’s take Melodifestival as an example, where the Andra Chansen round acts like a wildcard round for songs that failed to impress at first. In 2013, Robin Stjernberg failed to impress viewers in his semi-final, and went on to qualify to the final through Andra Chansen, which saw him rise to the top with his song “You“.

In Germany, a wildcard round was introduced in 2014 and used as well 2015. In 2014, Elaiza were the wildcard winners and eventually became national final winners as well with their song “Is It Right?”. This trend continued in 2015, when Ann-Sophie won her wildcard round and made it to the national final, granted, she technically didn’t end up winning it, but still became Germany’s representative.

We even have a similar example from Italy in 2019, as Mahmood originally qualified to Sanremo from Sanremo Giovani. Back then, he performed the song “Gioventù Bruciata“, which saw him finish 2nd, and thus just managed to qualify, where he ended up winning it all with his song “Soldi“, which in the end gave him a 2nd place finish in Tel-Aviv.

With all that in mind, do #YOU have any expectations from the Sanremo Giovani participants, and do #YOU think we’re in for another underdog rising to the top? Our forum right HERE is always open for #YOU to discuss it, as well as our social media platforms.