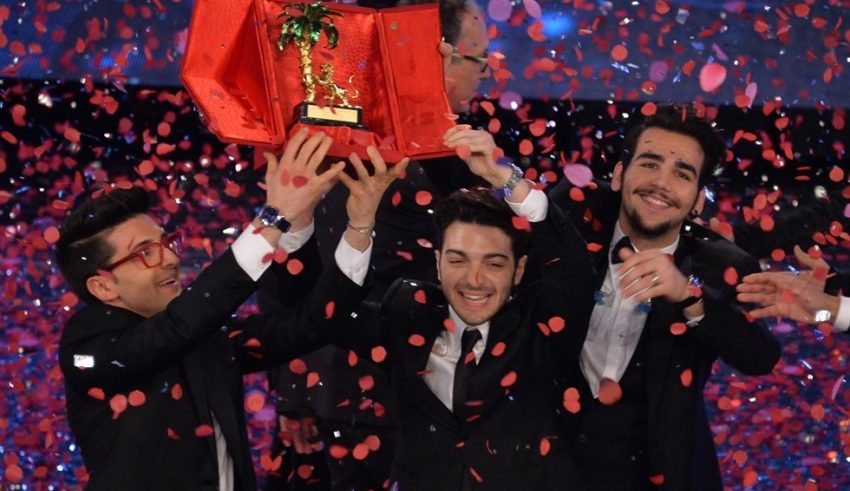 With the rumour mill constantly swirling in many countries for the upcoming Eurovision season, it is now the turn of Italy to shed some light on their 2019 plans. During the broadcast of Sanremo Giovani, the Italian national broadcaster RAI confirmed the names of some of the participating acts in the main competition next year, and – surprise surprise – there are yet more well-known names lining up to bask in the Eurovision limelight!

The first 11 names confirmed for the competition so far, and their song titles, are;

One name will immediately leap out at Eurovision fans – Il Volo. The operatic trio wowed audience across Europe in 2015, with “Grande amore” sweeping the public televoting at Vienna’s Eurovision. However, the juries did not rate the group’s performance as highly, eventually finishing in 3rd. Nek, another familiar name, lost out in Sanremo 2015 to Il Volo with “Fatti avanti amore”.

Other familar names in the line-up include Anna Tatangelo, winner of the 2002 newcomer award in the competition and a previous four-time participant in Sanremo, legendary performer Loredana Bertè and Sanremo veteran Paola Turci.

11 more acts will be confirmed shortly for Sanremo, including artists from the new Sanremo Giovani selection taking place at the moment, effectively providing a wildcard for the main contest. The winning artist of the Sanremo festival in 2019 will once again have first refusal of the Eurovision opportunity.

Would #YOU like to see any of these acts represent Italy? Share your thoughts with us on our forum HERE or join the discussion below and on social media!