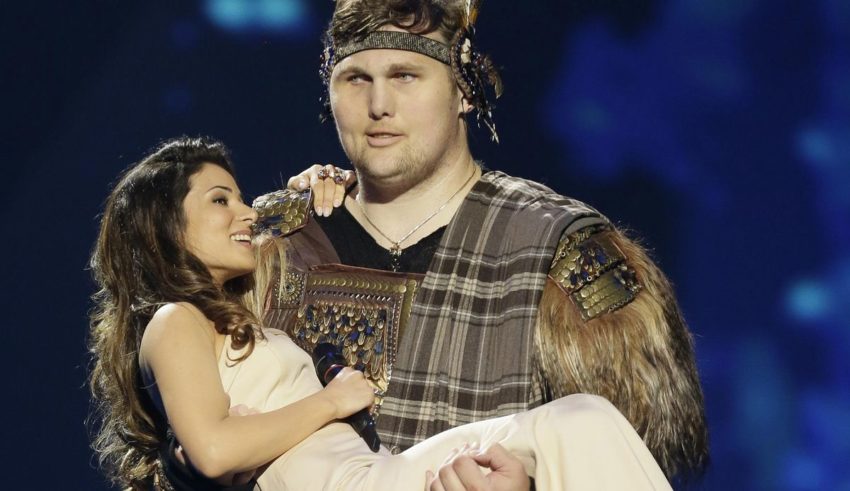 Igor Vovkovinskiy, the man best known to Eurovision fans for his appearance at the 2013 contest, has died from heart disease. His mother announced the news in a Facebook post. He was 38 years old.

Vovkovinskiy, at 7 feet 8 inches tall, was recognized as the tallest person currently living in the United States. His height was attributed to a tumor on his pituitary gland. At the age of 7, he moved to The US to seek treatment for the condition.

In 2013, his giant stature received international notice when he carried Ukrainian singer Zlata Ognevich on stage before for her performance of ‘Gravity’. Ukraine ultimately finished 3rd.

In addition to appearing at Eurovision, Vovkovinskiy appeared in the 2011 movie ‘Hall Pass’ and was a guest on an episode of ‘The Dr. OZ Show’.

*UPDATE* On August 24th, an HD copy of Ukraine’s 2013 performances was uploaded to the official Eurovision YouTube account.  This was done in tribute to Vovkovinskiy, and the caption included a short message of condolence from the Eurovision community.

How did #YOU react the first time you saw Igor Vovkovinskiy in the live performance of ‘Gravity’? Let us know in the comments below, on our forum page, or on social media @ESCUnited.