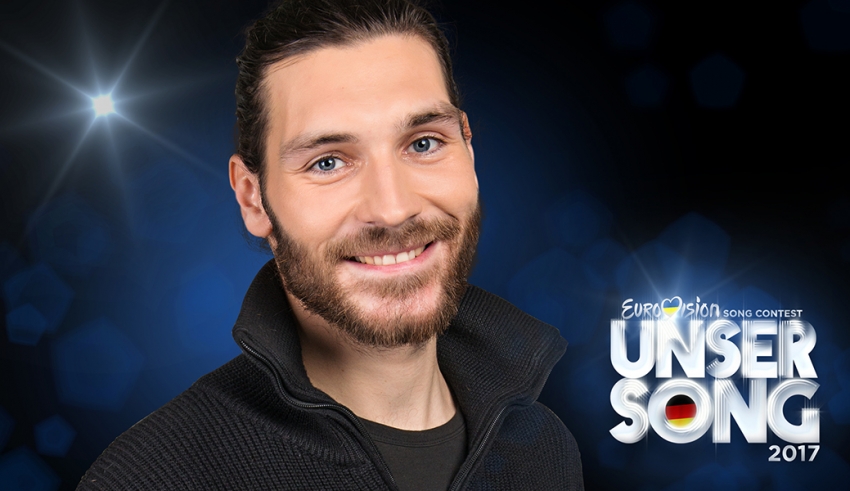 In 2 days time, The German Broadcaster, ARD together with Das Erste will air Unser Song. ARD announced that 5 singers will sing the 2 same songs and eventually the public at home will vote for the favourite artist and song. Today Axel has spoken to us about his upcoming participation in Unser Song.

Hi, my name is Axel Feige and I’m 28 years old. I started playing the piano when I was 6 years old. I was kind of a lazy student and I was always more interested in writing my own songs, than playing music by someone else.

When I entered High School, I first came in touch with classical music. I learned to play the bassoon and became a member of the orchestra. It was at this time, that I made my first experiences in singing and acting in front of big audiences. This was when I was 11 years old.

Music has always been a big part of my life. When I was 15 years old I started playing bass guitar and founded a progressive rock band. We soon released our first album. Some years later I started playing in another band. This one was mostly focused on Alternative and Blues Rock. We recorded our first EP and became a regional success.

At this time I was playing in several cover-bands as well. I made my first experiences, working as a professional musician with other artists, too. From time to time I also worked as a street musician and I accompanied a few weddings. I never stopped singing, composing and presenting my own songs.

In the beginning of 2015 I founded my new band “Absolem Max”. I also began singing in my funk band “Diazpora”. We just recorded our new album.

What can you tell us about the 2 songs that you will be singing? Is one of them your style?

One of these songs is a RnB/Pop song and the other one is a Rock/Pop track. It’s difficult to explain the difference between these two songs in general, without saying too much before the show. “Wildfire” is a positive song with the message to go for your dreams and “Perfect Life” is telling, that perfection and unperfection are the two keys for a perfect life. I have a favorite, but I won’t tell which one it is^^ It’s all a big secret until the 9th of February. Sorry…

I like the intercultural dealing of the ESC. It’s a big party, where everybody, no matter from which country he or she is from, is celebrating music from all over Europe. I haven’t watched it every year, but there are acts I still remember and like. The funniest entry I remember is from the German Stefan Raab in the year 2000 with the song “Wadde hadde dudde da”, but Edyta Górniak from Poland has really satisfied my family with the song “To nie ja” in 1994.

Whom is your personal musical stars that follow a lot and why?

There are so many I could mention… Because I like classical music as well as Blues, Soul, Funk, Jazz, Rock, Hip Hop, Metal, electronical and Pop music…

The new album “Islands” by my band DIAZPORA is the biggest success for me so far, because it’s the latest piece of music I created with my mates. It’s a double-vinyl album and will be released by Legére Recordings at the 10th of February this year!

My parents are Polish, who moved to Germany in the early 80’s. Germans are usually surprised by this fact, because they don’t hear an accent when I’m talking German…

You can find me at home, sitting on the couch, or going for a walk, but you’ll usually find me in a tour-bus with my bandmates…

“Always be yourself” is the best advice I’ve ever been given.

“Islands” would be a good song title.

A typical day starts with waking up and going for a walk with the dog… then go to work or play music… coming home and go for a walk… maybe there is still time to cook something and play music.