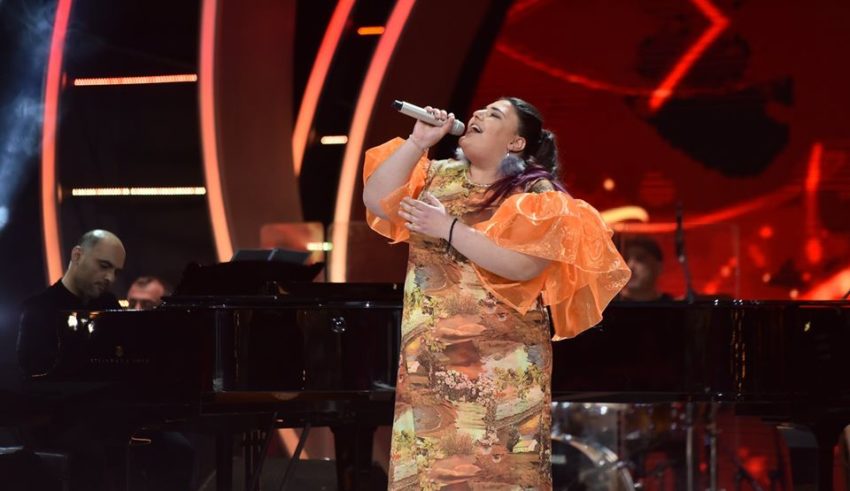 As the world shuts down and we begin to get to grips with and document the social distancing resulting from the COVID-19 pandemic, one young artist has released her debut single, an appropriate for our times soulful piano ballad about withdrawing from a watching world and hunkering down to regroup.

Titled “Ocean Side,” the self-penned song by 18-year-old Georgian Idol runner-up Barbara Samkharadze deals with her emergence as an artist, learning to be confident in her own skin, and learning to push back against the societal expectations placed on her and retreat to a place of comfort for her own sanity’s sake.

“Ocean Side” was released earlier today on YouTube, and will no doubt be the first of many singles from the popular runner-up of this past season’s Georgian Idol. As with Idol winner Tornike Kipiani, Samkharadze entered Idol having already achieved fame as a contest winner. Kipiani had won X Factor 2014, and at the age of 14 Samkharadze stunned with a comprehensive victory in the 2016 season of “Georgia’s Got Talent.”

Kipiani won almost every week of Idol but towards the end Samkharadze almost caught up to Kipiani as rivals kept dropping out, eventually only losing to Kipiani by 2%, coming in 2nd in the four act Idol final.

Kipiani had recorded and released “Take Me as I am” for the now-cancelled Eurovision 2020. Georgia Public Broadcasting this past weekend confirmed that Tornike Kipiani will return for Georgia at Eurovision 2021.

Lyrically and thematically, Kipiani and Samkharadze are mining the same insecurities with their latest songs that come with trying to find your voice as an artist with a unique style and point of view, especially when they’re thrust into the limelight on a set of franchises that are perceived to only churn out canned commodities.

Fans of Samkharadze will hear a different, more plaintive side to her with “Ocean Side,” a song that she stated on her Facebook page was almost spontaneous in its creation. And we hope that the song’s creation and release was cathartic and will be a rewarding experience for Samkharadze.

What do #YOU think of Samkharadze’s debut single? Do #YOU think she should try out again for a future installment of Eurovision? Let us know in the comments below, on social media, or in our forum.