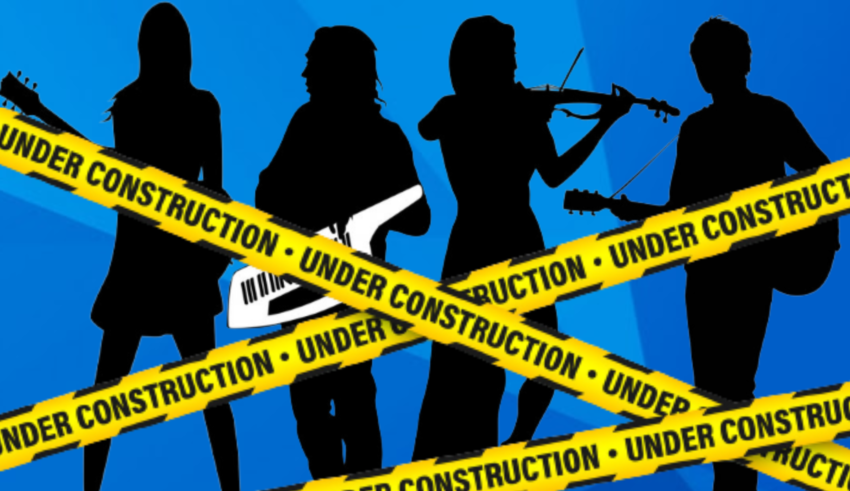 The below editorial features the opinions and views of the authors and does not necessarily represent the views of #escYOUnited as a whole, Eurovision, or the EBU.

As Eurovision season ramps up again, it’s time for delegations to take stock of their results at the 2021 contest and consider how to perform better at the 2022 edition in Italy. A lot of smart people at the broadcasters have, presumably, already put a lot of time and energy into deciding how to fix their countries’ Eurovision fortunes, but, frankly, we think we know better.

Here are four countries currently struggling at Eurovision, and how a member of the ESCUnited team thinks the problems can be fixed:

The UK’s three most recent wins came from bands/musical groups. So why has BBC been so committed to sending solo singers?  If Eurovision 2021 showed us anything, it’s that the contest’s audience will embrace bands/groups with their own individual flair.

Finally, The UK should be taking much more advantage of its ethnic diversity. There’s a thriving British Asian community with its own culture and sound, and BBC would be wise to cultivate a relationship with, as an example, artists from the Asian Underground scene. –William Carter

Georgia, you find yourselves in a bind of the Eurovision fandom’s making. We say, “OMG! We love Georgia! They’re so out there!” and then we fan punish your entry by proclaiming it is “too weird.” I do like the way you respond to these “fans” by saying “F$%# you! We’re going our own way!” That’s a great starting point. You have the talent in both singers and musicians, so my only suggestion is you flip the negative polarity – instead of sending intense looking maniacs who look like they will cut you from sternum to scrotum, channel the intensity in a positive direction.

Additionally, if anyone suggests you hire a Swedish mercenary to write your next entry for a bland though pleasant chanteuse who has done okay at Ukrainian and Albanian song contests, fire them out of a cannon into the Black Sea. You’ll still lose at Eurovision, but you’ll lose a part of yourselves in the process as well.

Georgia, you are a party hard bunch. You got great wine that you cheerfully pour down the throats of any foreigner, whom you welcome with open arms (unless they’re from a certain grumpy northerly neighbor). Without any hyperbole or irony I will say your food is among the best cuisine on Earth, especially khinkali and khachapuri (I now can’t eat an egg any other way than inside one of your ajarski style ones). They’re intense flavors, but they’re welcoming. You want to be the eccentric uncle who hosts grand parties and never fails to entertain. You don’t want to be the eccentric uncle who steals a Peugeot Picasso and drives it into Brighouse canal while still managing to set it on fire.

You want the heart and brightness of a Trio Mandili, but scaled up for a Eurovision stage, with the volume and party vibe dialed up to eleven. Bring the best selves you bring when welcoming tourists to your beautiful country, and you’ll be the life of the party when you go to Italy. – James Maude

The country of Romania has had a topsy-turvy time at Eurovision. One year they place top five, the next they are middle of the pack. In the last three years they haven’t even qualified for the Grand Final. When you look at Romania’s track record and the artists that it has sent, there’s a clear trend happening. Romania, in the last three years, has brought artists to Eurovision who lack substantial performance experience on big stages.

While prior stage performance doesn’t always mean success at Eurovision, TVR has been relying too much on new artists with raw talent, artists who don’t have enough experience with live performance. If you look back to the last two or three years of Selecţia Naţională, I believe you’ll see what I mean. Many of these artists needed more time and training, but, from what I’ve seen, the music industry outside of Roton and Cat Music is small. It can be hard  for artists to to stand out internationally and performance opportunities might be rare for non-labelled musicians.

Local or international music festivals and ESC Pre-Parties are a great way for artists to gain performance experience, hopefully helping with their nerves, and there’s no magic formula that works better than practice, practice, practice. As it looks towards the future, Romania has two choices: return to a national selection and recruit talented and experienced artists along with new up-and-coming artists OR convince a largely known artist to compete for them. Regardless of the route they take, TVR has a big mission ahead of them for 2022 to reverse current trends. –Connor Terry

Ireland might be one of the countries most struggling at Eurovision at the moment. With the exception of 2018, it has failed to qualify every year since 2014. 2013 wasn’t a great result either. It finished last in the grand final.

What exactly might be the problem for Ireland? I think most of it comes down to song choice. They often go for a very safe option, a song that isn’t particularly ground-breaking, innovative, or noteworthy. This is not the way to go in Eurovision, because you want something that people can latch on to.

Why is this the case? The delegation often tries to look at what they think is a genre for Eurovision. With this approach, you often forget to have authenticity from the artist. A lot of the entries in the past years didn’t feel sincere with the exception of its qualifier in 2018. (‘Together’ by Ryan O’Shaughnessy) There needs to be a drastic change in approach if Ireland want to improve its results.

The solution is never clear-cut nor easy. You can’t just say, let’s take a risk, because how does one even take a risk? Maybe the idea of a risk differs from person to person, maybe it will backfire and receive backlash from the public and another bad result. Additionally, the English language might not be the easiest to do something left of field with. Most of the world listens to music in English and hearing something musically odd from a native English-speaking country might backfire as well.

These are all valid concerns, but we have to look at the situation and realize that a risk is worth a try, because going on like this isn’t an option.

There are two big ideas that seem obvious and could work:

In conclusion, Ireland need to find an identity, and staying with these safe pop songs is not going to work! Sending something in Gaelic or sending some rock would be its best bet. Maybe then could be the Eurovision powerhouse they used to be! –Roy Postema

Do #YOU have any advice for a current Eurovision-participating country? What changes would #YOU like to see a broadcaster make? Sound off in the comments below, in our forum, or on social media @ESCUnited.