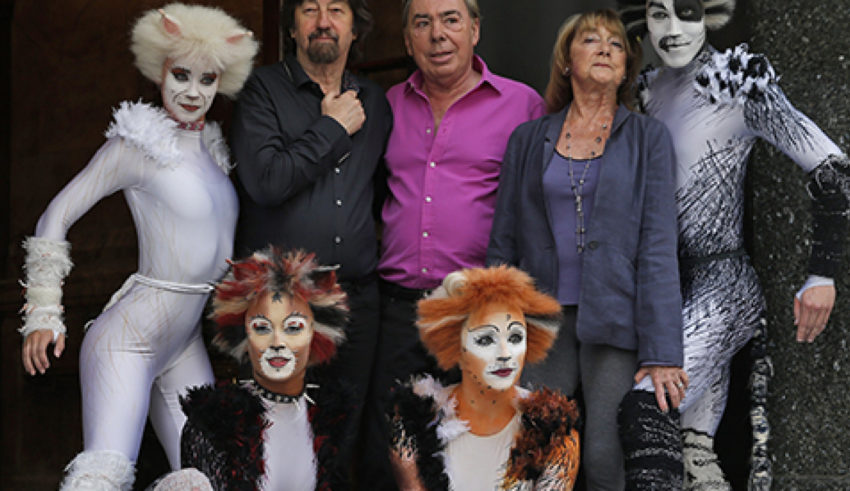 For fans hoping that the film adaptation of the famous Andrew Lloyd Webber musical “Cats” would capture the spirit of the Broadway phenomenon and be a success, their hopes were crushed as “Cats” opened to only $6.5 million at the U.S. box office.

On paper, a film adaptation of the iconic fourth longest running show on Broadway starring top shelf talent such as Jennifer Hudson and Taylor Swift, as well as Hollywood A-listers such as Dame Judi Dench and Idris Elba, seemed like a no-brainer. But a social media campaign that featured off-putting CGI of the characters, followed by scathing reviews and last minute rush edits, doomed the Universal Pictures adaptation.

Directed by Tom Hooper, the critically acclaimed Australian director of “The Damned United” and “Les Miserables,” the adaptation of “Cats” follows the plot of the original about a tribe of cats called the Jellicles and the tribe’s patriarch, Old Deuteronomy, picking one of the cats to be reborn into a new Jellicle life on the Heaviside Layer.

Hooper’s adaptation was criticized for not clearly conveying the plot, but mostly for the CGI used to morph the actors into cat-like beings or other creatures.

The Boston Globe’s Ty Burr commented, “There are moments in “Cats” I would gladly pay to unsee, including the baby mice with faces of young girls and the tiny chorus line of cockroach Rockettes — again, with human faces — that Jennyanydots gleefully swallows with a crunch. Anyone who takes small children to this movie is setting them up for winged-monkey levels of night terrors.”

At the time of release, “Cats” had a 20% rating on Rotten Tomatoes. For those hoping this was a repeat of Hugh Jackman’s “The Greatest Showman” from 2017, a sleeper hit which opened to $8.7 million and a critical mauling in its first weekend before word-of-mouth praise kept the movie in theaters to $174 million domestic box office, the Metacritic score at time of release was 32%, a pitiful audience score that will unlikely get viewers to theaters.

If it’s any consolation, Hollywood has a mixed track record when it comes to taking Broadway and West End musical hits and putting them on the big screen. “Rent” (2005) and “Rock of Ages” (2012) bombed at the box office, though “Mamma Mia!,” (2008) the jukebox musical featuring the songs of ABBA, was a roaring success.

As the fourth longest running show on Broadway, “Cats” had the pedigree to be a box office bonanza. But though Andrew Lloyd Webber’s musical, based on the T.S. Eliot poetry book “Old Possum’s Book of Practical Cats,” had earned over $3.5 billion by 2012, according to The New York Times, those who loved the musical did not bother coming out to the theaters, despite being a viable alternative for theatergoers not inclined to watch the latest “Star Wars” entry (which opened to a “disappointing” $177 million in the same weekend).

Webber had always wanted to adapt Eliot’s book, a favorite of his children, and turned several poems into songs. He debuted the songs at the Sydmonton festival in 1980 as a collection of songs called “Practical Cats,” and upon critical acclaim decided to form a narrative and make a fully formed musical. With director Trevor Nunn and lyricist Richard Stilgoe, “Cats” debuted on the London West End on May 11, 1981.

Interestingly, Dame Judi Dench, who was cast as Old Deuteronomy in the Hollywood version, was also cast as Grizabella in the first production at the insistence of Nunn, though a freak accident snapping her Achilles heel resulted in Elaine Page being drafted in at the last moment.

Oddly enough, “Cats” the musical’s first run was plagued by financial troubles, and if not for an up-tick in theater goers going because of word of mouth, “Cats” may have ruined the producers on its original run. To date, it is estimated by Webber that the rate of return to the original investors is somewhere around 3,500%.

Webber’s career continued with more successes than failures, and in 2009 was drafted by the British Broadcasting Corporation (BBC) to co-write a song for the United Kingdom at Eurovision 2009 with legendary American songwriter Diane Warren.

Jade Ewen beat five other contestants on the selection show “Eurovision: Your Country Needs You” and performed “It’s my time” at Eurovision 2009 in Moscow, Russia, coming in 5th. To date, that is the United Kingdom’s second best showing of the 21st Century at Eurovision, and the country’s last time inside the Top Ten.

Were #YOU one of the few who saw “Cats” this weekend? If so, do #YOU agree or disagree with the critics? Let us know in the comments below, in our forum, or on social media.