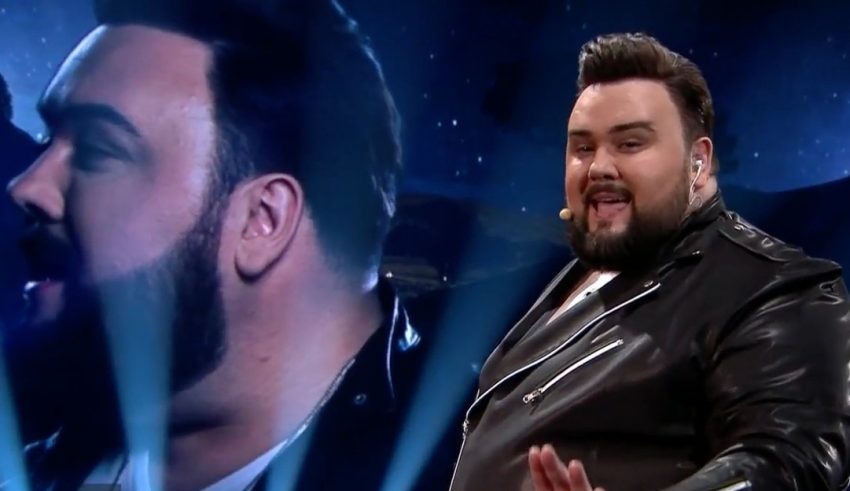 Hello and welcome back to Eurovision This Decade. As a team here at ESC United we’re going through all of the countries who have participated in the 2010’s and sharing our opinions with our lovely readers! Today it’s Croatia’s turn, but before we get into Croatia, let’s have a look how #YOU voted in the Bulgaria poll!

It seemed obvious that the two top four results for Bulgaria would be up in the readers’ estimations, and so it proved, with 2016’s Poli Genova earning 45% of the vote with “If Love Was a Crime”, followed by 2017’s Kristian Kostov with “Beautiful Mess”, which gained 29%. Third place in our poll was reserved for 2018’s Equinox who reached 11% with “Bones”. On to Croatia!

Croatia have competed in eight of the ten contests this decade and although they haven’t had an awful lot of luck, they’ve given us some memorable moments.

Performed 15th in the second semi final and failed to qualify for the final, coming 13th on the night with 33 points.

Performed 13th in the first semi final and failed to qualify for the final, finishing 15th with 41 points.

Performed tenth in the second semi final and failed to qualify for the final, coming 12th on the night with 42 points.

Performed fourth in the first semi final and failed to qualify for the final. They came 13th in the semi final with 38 points. Croatia then withdrew until 2016.

Croatia returned in Stockholm and performed fifth in the first semi final, qualifying for the final in tenth place with 133 points. Nina then performed 17th in the grand final where she came 23rd with 73 points in total.

Performed 11th in the second semi final and qualified for the final in eighth place with 141 points. Jacques then performed 13th in the grand final where he finished 13th overall with 128 points.

Performed 12th in the first semi final and failed to qualify for the final, coming 17th on the night with 63 points.

Performed tenth in the second semi final and failed to qualify for the final after finishing in 14th place with 64 points.

All of our participating team members have ranked all of Croatia’s entries. These are our favourites and a few words on why they are there.

I listen to this song all the time at work. Between the modern sound with hints of production, the stellar (but foreseeable) dress reveal, and Nina’s voice…. there was no way I wasn’t going to choose her. I almost chose Nina Badric, but I just couldn’t forsake my girl.

Croatia sends the best singers, but it’s usually with the songwriting where things go South for the Balkan nation. Jacques Houdek’s one-man duet “My Friend” gets it about right, taking advantage of his vocal range and putting in some sweet violin solos to create a memorable pop opera ballad. It’s unusual, and though Croatia got the great singer – songcraft balance off with Roko’s similar “The Dream,” this Balkan pop opera direction could prove to be a winning formula in the 2020s.

I’ll be completely honest… I’m not really in love with any of Croatia’s entries. None of them grasped my attention so much to make them a favourite. However, I will concede they have some very respectable efforts in their anthology. I’ve picked Lighthouse as my favourite here. It’s a perfectly respectable pop ballad, Nina herself has a very nice voice and I really enjoyed the artistry of her music video. Overall, it’s a good song… not really much more I can say really.

I can’t believe that I put a non-qualifier on my top spot. Out of this bunch, Franka just has the best song in my opinion. They are all not very convincing and I had to pick 1 song to be my number 1.

For me there was a clear standout. “Lighthouse” was perhaps not the best live performance Croatia have put out this decade, but to me Nina had a special quality and colour to her voice that endeared this song to me. It’s a hopeful, anthemic song and yes, 2016 was a strong year, but this felt criminally undervalued at the time.

Love this version of the song, the album version, and the entire album. This song was a gateway to discovering more of her music. Bravo!

Our team have all ranked Croatia’s entries and converted our rankings into Eurovision style points. This is our overall ranking! In the poll below #YOU can vote for your favourite Croatian entry from this decade!

We’d love to know what #YOU think of Croatia’s entries and the series as a whole. Get in touch with us by commenting below, posting on our forum or visiting our social media pages!