Home 2020 Opinion: Europe, Shine A Light was a disappointment 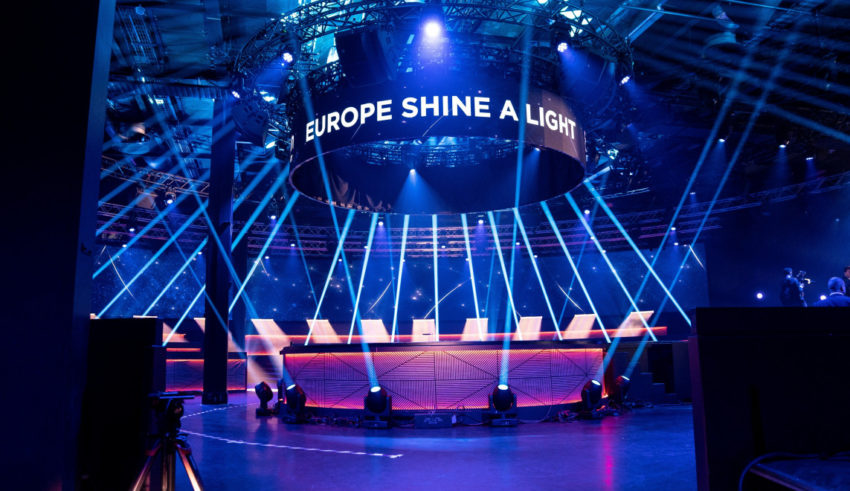 It had been official for a while, thanks to the emergence of a certain viral pandemic that has held both our daily lives and the media in a stranglehold.  However, as I’m writing this post on the night between 16 and 17 May 2020, I can say that *tonight* marked the official end of the 2020 cycle. I would have loved to have written an editorial on the winner, picking apart exactly why Iceland, Bulgaria, Russia, Lithuania and Sweden were the top five (in that order) and what made them great.

Instead, I find myself writing about the replacement show. “Europe: Shine A Light” it was called. Having come in lieu of the Grand Final, “Europe: Shine a light” was never going to live up to what we could’ve had. It didn’t need to. As long as it soothed our annual Eurovision fix. Instead, it segued into a lot of irrelevant, self-masturbatory nonsense. Watching it was like using a single band-aid to treat an amputation. It was bittersweet, but more bitter than it was sweet.

The cancellation of the 2020 Contest was, to any self-respecting Eurovision fan, a tragedy. Not in the least because of the drastic impact the lockdowns have had on our lives for the past two months. Likewise, artists who had earned the right to go to Eurovision 2020, were swiftly and violently denied of the opportunity to do so. If we add it all together, years worth of prep time gone down the drain. None can do, since collective safety trumps personal entertainment.

Hence why a live show was more than welcome. A tribute to the fallen 2020 contest, dovetailed with the personal tribulations of the participants was exactly what we, fans hardcore and casual alike, needed and wanted. The songs, the artists, the people that mattered this year. This would and should be the focal point of any replacement show.

What we got instead were things such as Ilse DeLange and Michael Schulte, who made a Linnetsian cover of “Ein Bißchen Frieden”! Or Marija Serifovic singing “Molitva” in some dark Belgradian alleyway, to a pack of hired Serbian extras! A “inspirational” message from Björn Ulvaeus! Because “Eurovision Is One And Brings Everyone Together”.

However, I have to ask myself – does anyone really care about any of this appallingly self-congratulatory crap?

Every year we hear the same “evergreens” like it’s Christmas Eve and the hills are alive with the Sound of Music. Don’t get me wrong, I liked the Ilse/Michael duet, and Gali Atari’s segment, and Marija’s. “Cuckoo” is the best Netta song I’ve ever heard, like it was pulled straight from a Krut’ album. These clips were good by themselves.

But we heard those songs before. We have seen these people before. What we haven’t heard and seen however, are the Eurovision 2020 entries, who were trimmed to a mere thirty seconds (aside from Earth’s plainest human, Antonio Diodato) before the hosts yadda-yadda’d us into yet another “Look How Great Eurovision Was In The Past And What Impact It Made” fragment.  For a show this short, it contained a critical mass of humblebragging, and betwixt these bouts the protagonists were reduced to a bunch of extras. That’s not just missing the putt, it is missing the entire golfball.

However, AVROTROS did several things right, so I will say a few positive things to counterbalance my negativity: the television show was put together gracefully (and extra commendations have to be made towards the four hosts, who proved their mettle tonight with a perfect balance between charisma and dignity, especially “online hostess” Nikkie de Jager). For a show cobbled together during a quarantine month, it did its job well. The highlight of the evening was the “Love Shine A Light” cover, which was much better than I had anticipated, and while some of Nikkie’s segments seemed superfluous when they were focused on social media (“An Australian named Chris tuned in! Hi Chris!”), she had me clinging to every word that crossed her chapsticked lips.

However, the constant hammering that “Europe, Shine A Light” was an ersatz of the real thing, while looping the same maniacal Eurovision cliché’s (“REMEMBER WHEN ABBA WON?” // “HERE’S A SEGMENT OF MANS ZELMERLÖW BEING EFFORTLESSLY SEXY” // “LET US ALL PRAY FOR PEACE BY SINGING HALLELUJAH”) is where they went wrong for me. “Een domper op de feestvreugde” is how the Dutch would call it. Despite the best possible efforts from many of the contestants (particularly Daði Freyr, Damir and Senhit, bless them) to inject some well needed levity into the show, the script kept yanking back to the same “I Can’t Believe It’s Not Eurovision” stalemate.

People don’t tune in for nonsense such as this.

People tune in, predominantly, to have *fun*.

To have a gay old time.

For, you know, the new music and the spectacle.

We barely got any of those things last night.

I am not feeling angry as much as I feel a little bit cheated. If only the EBU had stopped for a moment to ponder about what makes Eurovision tick for people outside of their executive bubble. With each year the audience’s average age is going down. More and more young people are tuning in and for them a “Waterloo” holds as much emotional value as a “Moja generacija”, “Si” or “Fleur de liberté” (that is to say, none at all). Fabricating saudade for the heck of it isn’t going to temper anyone’s Eurovision withdrawal cravings. Especially not if done like this:

Likewise the internet broadcasts on Tuesday and Thursday were an utter timewaste (that didn’t even feature the Slovene revamp, despite New Voda having been released *weeks* ago) which provided nothing new except for a hastily put together, theoretical “running order”. I didn’t like those livestreams. Nobody I spoke to about them did. They seemed amateur and pointless, and only came into existence as a very flimsy attempt at fan service.

“Europe, Shine A Light” was equally disappointing, as it easily could’ve extended the 2020 song snippets to a reasonable length (at least a minute each) if the responsible execs had cut the clichés cluttering half the show’s runtime.

Eurovision is supposed to be fun, even during cancellation quarantine. Instead we got a funeral. Rather than a potentially light-hearted and memorable show, we got one which couldn’t decide whether it wanted to be celebratory, nostalgic or inspirational, and as a result ended up as little more than a self-glorifying news report.

However, despite the flaws, I see some positive notes. Eurovision will remain in Rotterdam, with mostly the same cast, the same production team and with the same hosts. Although I didn’t like tonight’s show, I saw nothing that made me worry for the 2021 contest. The hosting was excellent, and spread over three live shows, the mandatory meta bits will be less domineering anyway.

So, dear reader-babes, would it be presumptuous to say that it is time to look foward towards the future? Eurovision 2020 is dead, long live Eurovision 2020! What “Europe: shine a light” made clear to me, is that I honestly couldn’t have been more *over* this calamitous saison d’Eurovision if I tried. Hasta la vista baby, ima novi plan, it’s called “See you next year in Rotterdam!”