Home 2021 Estonia: Uku Suviste on his knees during the rehearsal. 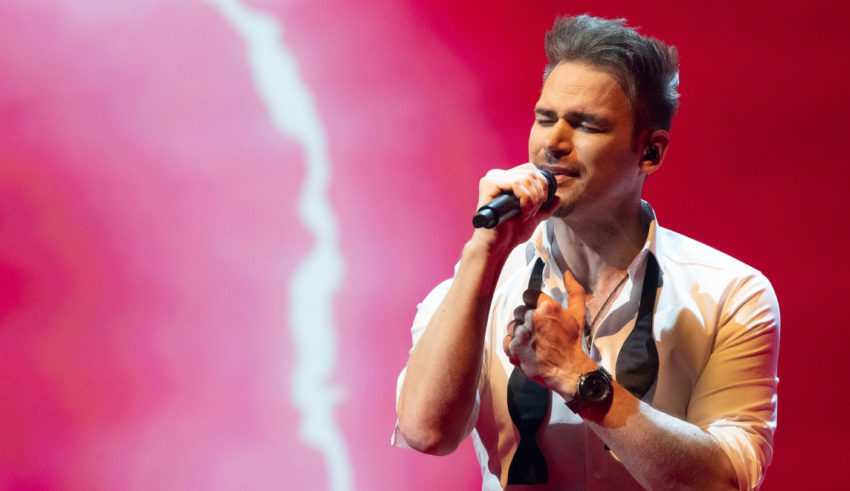 He doesn’t need a crystal ball to show you that he’s all business. Estonia’s Uku Suvuste took the stage in Rotterdam for his first rehearsal.

Uku’s performance contains some of the elements found in the Eesti Laul staging. The biggest change is at the beginning of the song: he starts on his knees, with a giant moon in the backdrop, before transitioning in the song’s trademark dark blue, aquatic colour scheme. Quick camera shots (most of which close-ups of Uku’s face or upper torso) allow Estonia to retain momentum during their ballad. The chains from the national final are gone.

Uku is wearing the same shirt we saw him wear before (a white shirt with a bowtie motiv), top two buttons unbuttoned. The Estonians are banking on his looks to remain relevant in the second position, but he sounded fine vocally in both runthroughs.

Overall, it’s not a bad showing for the Estonian dreamboat, who provides a solid rehearsal.  It would be unwise to discount them as potential qualifiers.

What do #YOU think of Uku’s  rehearsal? Do #YOU recon he’s the Lucky One of the semi? Share your thoughts with us in the comments, on our forum HERE or on social media!