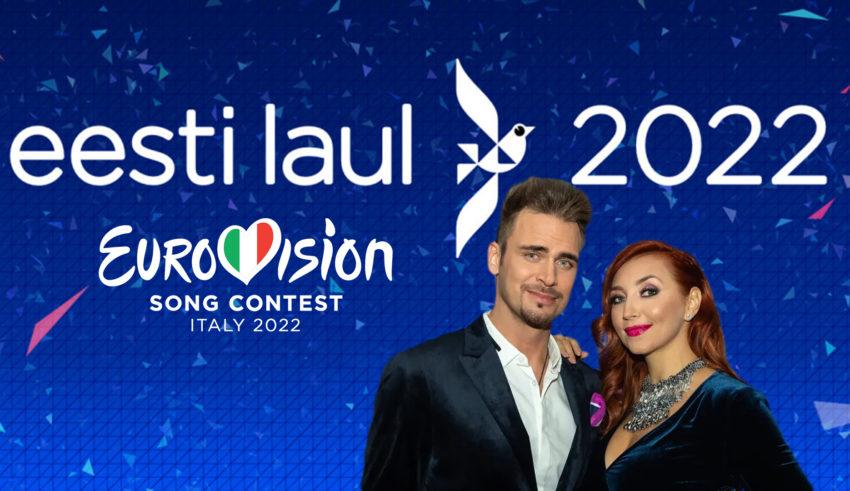 All aboard on the Eesti Laul train, if you haven’t joined it yet. The Estonian national final has for 2022 expanded, and is already on it’s way. Last Saturday, the first show took place which gave us 5 qualifiers for the semi-finals that will take place in February, and now on Saturday, another 5 will join that line-up.

For now, we’ll still need to wait for the songs to be released as we approach the upcoming Saturday, however, at least we now know the next 10 names and song titles that are part of this years Eesti Laul line-up, which are as follow:

Something interesting to notice, is that this quarter-final only features song titles in Estonian.

Tanja flew the Estonian flag to Copenhagen after she won a nail-biting close selection in 2014, where she originally finished 2nd in the final, but managed to pull more votes in the super-final with her song “Amazing” Meanwhile Uku Suviste was originally chosen to represent Estonia in 2020 after a landslide victory, even that proved to not be enough as the 2020 contest was cancelled and he was forced to win Eesti Laul once again, before he could finally represent his country in 2021 in Rotterdam with his song “The Lucky One“. Unfortunately for both, neither of them managed to qualify for the final at the actual contest.

The show will once again air this upcoming Saturday 27th November 2021, where 5 acts will advance to the semi-final stage that will take place in February, while the remaining 5 act will be eliminated.

Is there an act that #YOU specifically are looking forward to and what expectations to #YOU have for this quarter-final. May we remind #YOU to feel free to share your thoughts with us and others on our forum HERE or on our social media sites.