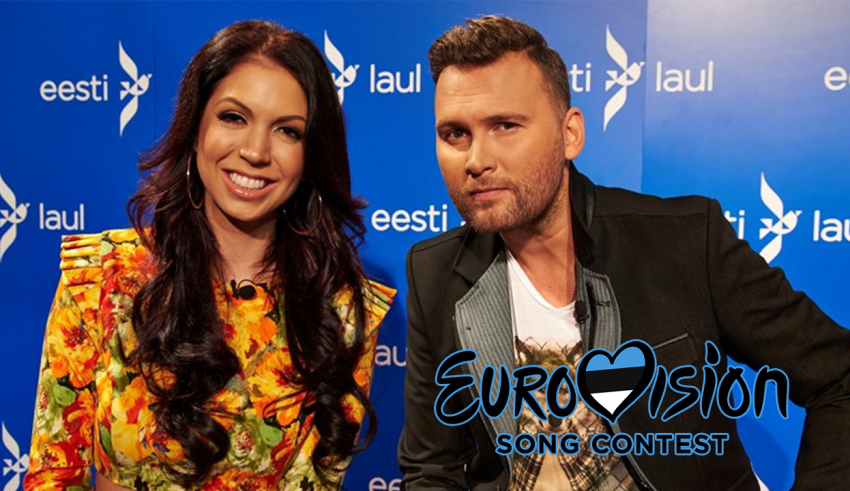 It was the very grand show, that people have been waiting for in Estonia. The final of Eesti Laul 2017, finally took place in the grand Saku Suurhall, which is the arena, that also hosted the Eurovision Song Contest in 2002.

Back in February, 2 semi-finals were held. In each semi-final, 10 acts competed, and only half of them, made it to tonight’s final. From the 20 songs taking part in the selection, 10 songs had in total made it to the Grand show.

The competitors tonight were:

The show was hosted by the male duo of Ott Sepp & Märt Avandi.

For a week, we ran a poll on the site, to see what all of #YOU think, and who should represent Estonia in the upcoming Eurovision Song Contest. The poll was closed just a bit, before the final took place, with the following results:

We must give some credit to the Estonians, for a well produced and enjoyable final. The final contained something for everyone, and had quite some different acts, and also some funny commercials. Even if you didn’t understand Estonian, then you could easily wonder and enjoy the whacky commercials.

After the last song was performed, we were given a well deserved break, while the Estonians made their decision on, who should qualify to the super-final. The first round is decided by 50% jury vote, and 50% televote. While the Super-final will be decided by a 100% televote. After the news break, then we got back to the Saku Suurhall, where everyone was waiting in patience, to hear who would be the 3 super-finalists. Therefor, back to the arena, where we were greeted by Måns Zelmerlöw, who would start giving the first set of jury points, while we ended it all with Poli Genova giving the last set of jury points. It has to be said, that during the jury points, it was still possible for the viewers to vote for their favorite act.

Kerli was the big jury winner, gaining loads of points, ahead of the rest of the field, the question was, would the viewers agree?

After all the other acts had gained their points. Then we still had a top 4, where 3 of the acts would move on to the next round. Here we can see, that in the combined results, we had Kerli, Rasmus Rändvee & Koit Toome & Laura in the top 3.

This was the moment that counted! Now it was all up to the viewers to decide, who will represent Estonia in Kyiv.

However, the 3 super-finalists were not asked to perform once again, instead the voting started straight away, and the public were given 15 minutes to vote.

While we waited for the final results, Måns Zelmerlöw decided to take the stage, and perform some songs which included “Glorious” and of course, his Eurovision winning song “Heroes“.

The 15 minutes passed by very fast, and then it was time to announce the winner.

First it was announced who had finished on 3rd place, which went to… Rasmus Rändvee.

Here is the winning song, Estonia will participate in the second semi-final, in Kyiv.