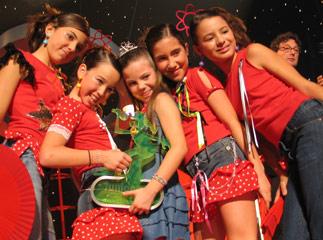 Spain’s Radiotelevisión Española (RTVE) made a surprise announcement on Twitter this morning that Spain will make its return after a 13 year absence to Junior Eurovision 2019.

Given how well Spain did in its first run at Junior Eurovision from the debut contest in 2003 until 2006, this announcement is a big deal, and will be of particular interest to those looking for a potential challenger to the crown outside of the contest’s usual Eastern European stronghold, which has produced 11 of the 16 winners to date. During an Operacion Triunfo press conference in January 2019, RTVE had hinted at a possible return to Junior Eurovision, stating that ratings for the contest in Spain were decent despite Spain’s absence.

Spain withdrew in 2007, citing concerns over the direction of the contest and whether the format was appropriate for children. But now RTVE has returned, and we will release further details about Spain’s entrant whether selected internally or by national selection as RTVE releases them.

But Spain’s surprise announcement is not the only one of the past week, as we also found out about a withdrawal of a Junior Eurovision 2018 participant. Israel’s KAN told Spanish Eurovision site Eurofestivales that Israel will not participate in the 2019 edition. Since their debut in 2012, Israel has never appeared more than a year in a row, with only three appearances to date. Their best remains their 8th place in 2012 with Kids.il’s “Let the Music Win.” Given Israel’s track record, expect a return in a year or two.

To date, Georgia’s Giorgi Rostiashvili is the only named artist, having won TV-1’s Ranina.

And in the words of Maria Isabel, no doubt channeled from the 1991 Mickey Rourke and Don Johnson definitely not for juniors classic Harley Davidson and the Marlboro Man, we again welcome back Spain, who will be bringing the cool to Poland. What do #YOU think of Spain’s return to Junior Eurovision? Do #YOU think they can match their early contest success in 2019? Let us know in the comments below, on social media, or in our forum.