Home 2022 Doda hints at possible participation for Poland in 2022 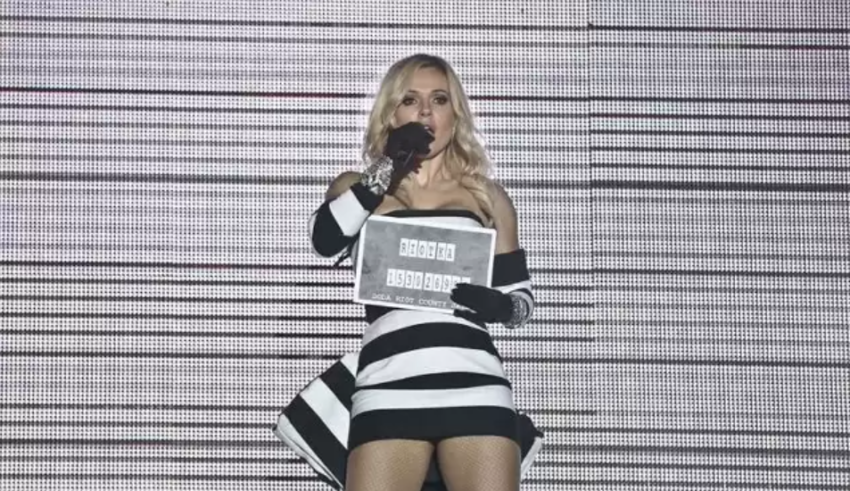 Doda, one of the most famed performers in Poland and a two-time MTV Europe Music Award winner, has teased fans in the country about possibly performing for them at Eurovision 2022.

According to Polish Eurovision site Eurowizja, the singer has teased in her latest Instagram Live broadcast that she is considering submitting an entry to TVP to represent her country at next year’s contest – although admits it would not be for furthering her career.

The singer, who rose to fame as the lead singer of the rock band Virgin in the early 00s, suggested that she would participate in the contest for the fans and for her own enjoyment, and has teased that she would like to submit two songs for Eurovision fans to vote between as the Polish representative.

Doda’s first hint at Eurovision 2022 came after the final of the 2021 contest in Rotterdam, where she posted a WhatsApp message about representing Poland next year and asking her followers “Should I save your souls?” She has previously performed at the national final as a guest in 2017, performing a medley of Eurovision hits, and it has been rumoured her band Virgin were interested in representing the country as early as 2005.

Poland was represented by Rafal in Eurovision 2021 with “The Ride”, failing to qualify for the final and finishing in 14th place in the second semi-final on May 20th. Rafal was able to perform on the Eurovision stage live in Rotterdam having had to complete an isolation period, with one of the members of Poland’s delegation testing positive for COVID-19 during their time in the Netherlands.

Poland have not qualified for the final of Eurovision since 2017, when Kasia Moś finished 22nd with “Flashlight” in Kyiv.

Would #YOU like to see Doda represent Poland in Eurovision 2022? Does she have what it takes to bring a first Polish victory in the contest? Share your thoughts with us on our forum HERE or join the discussion below and on social media!