Home 2019 Did Srbuk just reveal the title of her song!? 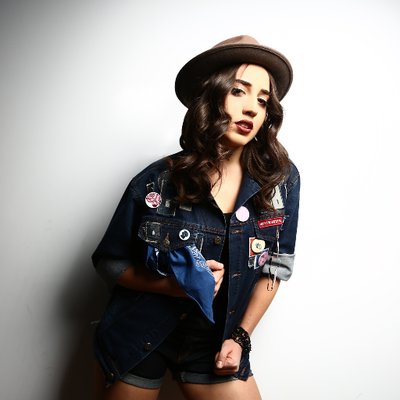 It was just an ordinary Sunday evening where we could finally catch a breath with National selections. No shows were planned and we could all kick our feet up and relax. But then..

Srbuk was the first artist announced for this year’s Eurovision and since then we haven’t heared a whole lot from the Armenian team. We don’t even know when they will release the song, but fans are getting impatient. So Srbuk tweeted something suspicious. In this tweet it appears as she has finished her song and that she is very excited about it. She finished her tweet with the Hashtag: #YouRockMyWorld. Could this be the title of her song for Tel Aviv?

After that tweet she added fuel to the fire by making an Instagram Post. She basicly teases us and says that a lot of people were asking about “THE SONG”. You would think that she would drop a little hint about it, but instead she tells us to wait a little bit longer. Does this indicate that the Armenian song could be around the corner? Maybe it will be released this week, just before most of the other internal selected songs are released.

What do #YOU think? Could this be the title of Srbuk’s song and will it be released soon? Share your thoughts with us on our forum HERE or join the discussion below and on social media!