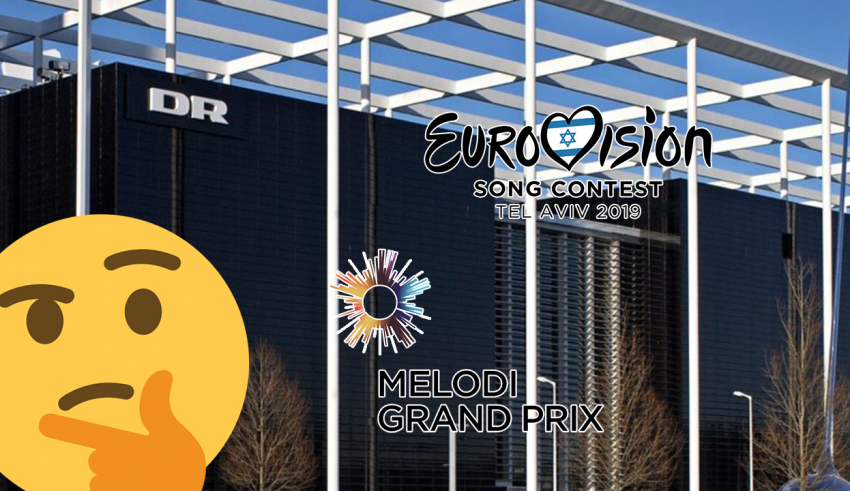 October 10th was marked as a very sad day for most employees at the DR Byen in Copenhagen, Denmark. Due to a huge saving plan, this meant that multiple employees would be laid off from their work.

To begin with, what does this all mean and how can this involve Denmark’s participation at the upcoming Eurovision Song Contest in Tel-Aviv?

DR announced that up to 400 employees would be laid off due to a saving plan, which has the effect of re-balancing the economy of the national broadcaster, so far only until 2021. It is expected that a total of 420 million DKK (About 56.3 million Euros)will be saved yearly.

This was only the first phase in the savings plan, and so far it is expected that more will lose their jobs at DR in the upcoming few years as well.

This also means, that multiple of DR’s tv- and radio-channels will be shut down, and multiple shows will as well be cancelled.

Can Denmark participate then?

Thankfully, yes! – However, there are some things left for debate now. Among the laid off staff, we have Jacob Riising – who has previously hosted Dansk Melodi Grand Prix, lastly in 2016 – and Ole Tøpholm – who has been the Danish ESC Commentator since 2011. Both of which are very familiar names among the Danish ESC fans.

With the announcement, the Danish fans have expressed their worrying about the situation, and which has also lead to leaving fans wondering, what will DR do when it comes to Dansk Melodi Grand Prix 2019?

Normally, the host city of the next edition of the contest is announced around this part of the year, however this year DR has been very silent about things, when it comes to submission of songs, how many songs have been received, who will host the contest, host city, dates for the national final and all these details.

It is however, very unlikely that DR will go with an internal selection, since DMGP is a huge part of Denmark and it’s history in the Eurovision Song Contest. Despite there have been wishes from some DR-staff members to go with the cheap solution, going with an internal selection in the past. The question is also, how much will DR be focusing on equipment and show for both DMGP & Eurovision then?

To conclude it all at this point, it is way too early to say what overall effect all of this will have on Denmark’s participation, but since Eurovision Song Contest is normally aired on the main channel (DR1), it  hopefully won’t have that big of an effect on the overall production, especially with the show being among one of the most viewed ones every year on the channel. It’s currently not near the same fate as what happened in Ukraine last month, but hopefully it doesn’t get to that point either.

Overall, what do #YOU think about all of this, and what kind of effect can this have on Denmark in the contest?