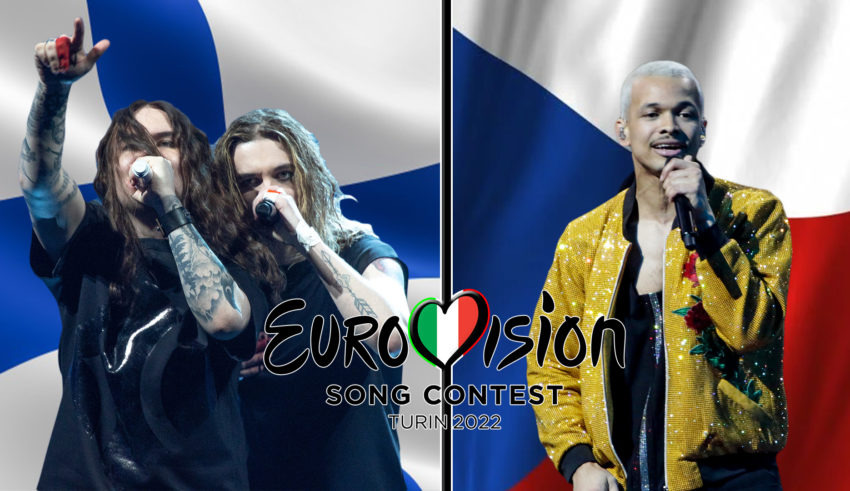 After a really messed up 2021 season, with news being rather focused on artists be given a second shot, and a lot less about national finals taking place, things are slowly getting back to what it once used to be. Unfortunately no, we’re not talking about life before COVID-19, but at least the Eurovision national final season, which is somewhat a decent start.

The Czech Republic was one of these countries, that opted to go with their already selected act from 2020. Unfortunately, Benny Cristo didn’t manage to impress Europe with his new attempt, and “Omaga” failed to qualify the country to the final. But on the bright side, this hasn’t meant that the Czech Republic has given up. Despite the poor result in Rotterdam, national broadcaster ČT has decided to opt with their “national final” once again, which is how Benny Cristo was originally selected as the country’s act, all the way back in 2020.

As great as it sounds, it’s just not a national final, as most of us know it. The Czech broadcaster has decided that it will continue with it’s online national final format. For more details about all of it, we got you covered.

The Czech Republic will however, use live recorded footage of the finalists performances, rather than music videos, which have been used in the past. The winner will then be decided among 3 groups, which consists of international juries (50%), worldwide viewers (25%) & Czech viewers (25%).

Time to turn the table completely, as we now head towards Finland, who will definitely hold a national final, and the Finnish sure have a good reason to be hyped for another Eurovision year. Unlike the Czech Republic, Finland decided to ditch their 2020 selected artist, and go with a national final. Aksel who was set to represent Finland in 2020, was however, still more than welcome to try his luck again, and that he did.

Luck was just not enough this time, as Blind Channel decided to storm the national final in 2021, with their entry “Dark Side“. Not only did Blind Channel destroy the national competition in Finland(more than 50% of all votes), but they also became a force to reckon with in Rotterdam, when they overall finished 6th place and gave Finland it’s second best ever result.

The national final will be held in the city of Turku, and will be a great celebration of music, with a pre-party starting at 19:00 Finnish Time, the national final taking place and then a all-night after party. If you happen to be in Turku, Finland around this time, and you’re like “damn, I miss partying from being isolated this long”, then here is your chance. Tickets are already available to quite the affordable price. Check our sources a bit below if you have any interest in a party hard time in Turku.

Are #YOU feeling the Eurovision season vibes yet, and are #YOU looking forward to hear what both Finland and Czech Republic has to offer? We’d always like to hear from #YOU on our social media platforms, or drop by our Forum HERE.