Home 2020 Casey Donovan: “I think a lot of people forget to be proud of themselves” 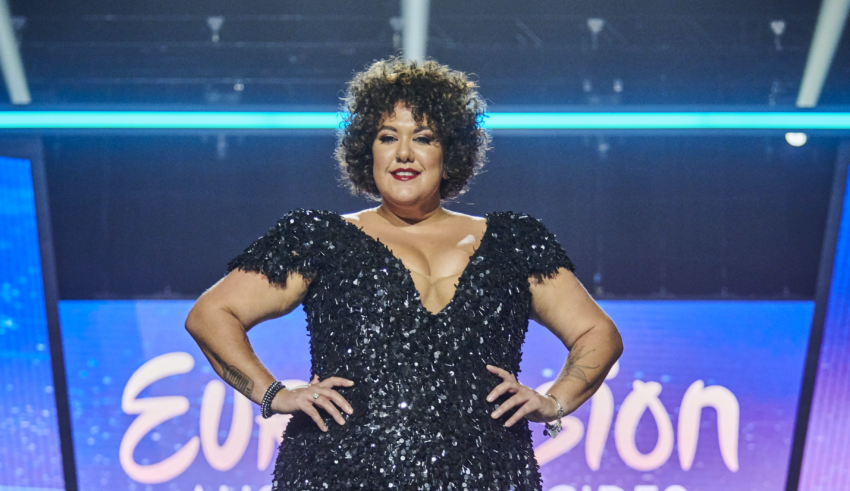 In our first interview from Australia, we speak to Casey Donovan ahead of tonight’s jury final, and tomorrow’s live show!

Casey is a powerhouse entertainer, with a strong voice and a strong presence to match. In 2004, at the age of 16, she won Australian Idol, and was immediately thrown into the limelight. Her debut single “Listen With Your Heart” hit the Australian charts at #1, and was certified 3-times platinum. Since her Idol days, Casey has continued to release music, and has also forayed into the world of musical theatre, appearing in musicals such as “The Sapphires” and “Flowerchildren”. Casey will be performing 8th in the running order of Australia Decides, with the song “Proud”.

Hi Casey, thank you for taking the time to talk to us! What made you decide to compete in Australia Decides?

I found an amazing song to perform on stage. “Proud”, written by Justine Eltakchi – it all landed to song choice for me. Being a busy lady, doing Chicago (the musical, which Casey is currently starring in as Matron “Mama” Morton) at the moment, it had to be well worth it and I thought “this song is such a beautiful song, and it has to be on stage, whether it just reaches Australia’s shores or further into the world”.  It’s a beautiful song and a great message.

What is your favourite lyric from your song?

“Proud”. Simple. I think a lot of people forget to be proud of themselves. There’s a lot of negativity in the world, and I think as soon as we can embrace who we are and love ourselves wholeheartedly, that is the most important thing. And love each other as well!

A reader question from Craig Murray: “Your song is amazeballz! To me it sounds like it could be lifted from a Disney movie soundtrack. Would you like to have a voice over role in an animated movie?”

Thanks Craig! I would love to do that! From a Disney movie that’s already out? I’d probably go Ursula. She’s just the nasty little villainess lady!

You’ve won a couple of reality television competitions before: Australian Idol and I’m A Celebrity, Get Me Out of Here! Do you think that’s prepared you well for the competition and the stage here?

I don’t think anything prepares you for a competition. I think on the night, you’ve just got to do what you do best and enjoy the moments, and not live in the fear, whatever that may be. There’s so many great artists around that it’s just, whoever gets this gets to go and represent Australia, so I’m more than happy to be a part and to clap them on.

What do #YOU think of Casey’s song, “Proud”? Let us know your thoughts in our forum HERE, in the comments below, and on social media!