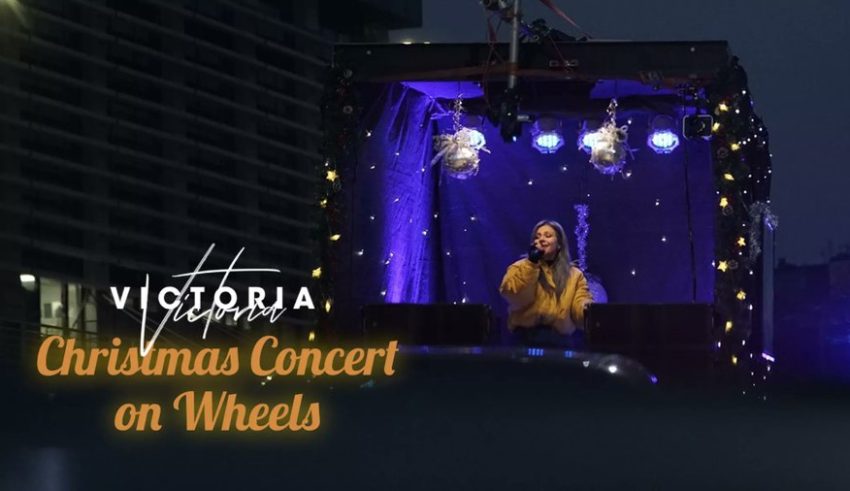 Bulgaria’s returning Eurovision representative VICTORIA has released a behind-the-scenes look at her recent Christmas concert, alongside a seasonal greeting to Eurovision fans and her followers.

The “Tears Getting Sober” performer held a Christmas Concert on wheels on December 20th, travelling around the Bulgarian capital Sofia. Now, with the help of Bulgaria’s Eurovision sponsor iCard, she has given fans a look at how the concert came to be and a festive look at Sofia during the holiday season.

#YOU can see the behind-the-scenes video below…

…and if #YOU missed VICTORIA’s concert on December 20th, the full show is available on YouTube below;

VICTORIA will represent Bulgaria at Eurovision 2021 in Rotterdam, with various songs set to be in the running as the Bulgarian entry. The first, “Ugly Cry”, was released on November 20th.

What do #YOU think of VICTORIA’s festive footage? What do #YOU hope to see from Bulgaria’s 2021 entry? Share your thoughts with us on our forum HERE or join the discussion below and on social media!