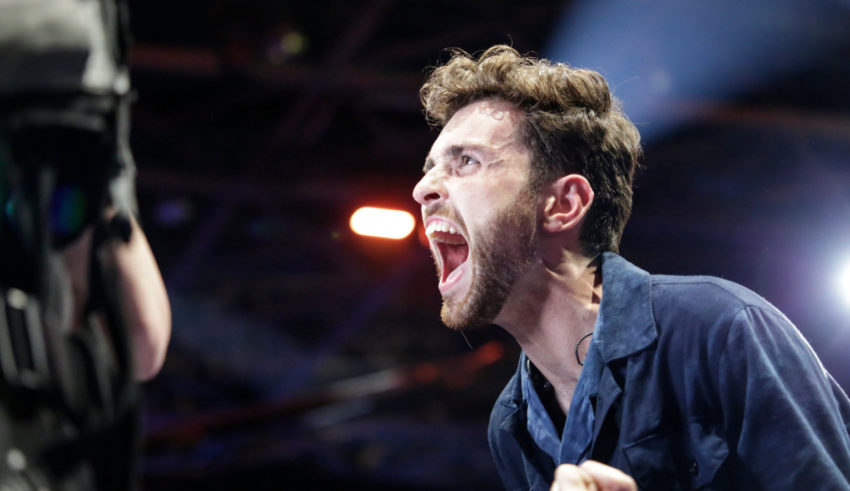 Fans of Duncan Laurence watching the American Billboard Hot 100 update every Tuesday must feel that his nickname is Sisyphus. His boulder, the Eurovision 2019 winning song “Arcade,” and the Hill in Hades that he is slowly pushing it up being the Billboard Hot 100 chart.

In its 17th week on the chart, the Dutch entry “Arcade” is still slowly moving upwards, going up from last week’s Number 55 to Number 50, just cracking inside the top half of the main American pop singles chart.

Who knows where it will ultimately peak, but for another week a new height has been established. Laurence “saw the end ‘fore it begun, still I carried, I carried, I carried on.” Based on its slow growth trajectory and carefully managed spread on the United States’ radio waves, there’s little reason to doubt that Laurence can push this boulder into the all-important Top 40.

To date, Duncan Laurence is only the 11th Eurovision participant whose Eurovision entry entered the Billboard Hot 100. His entry, at Number 50, is currently the 6th most successful, between The New Seekers’s “Beg, Steal, or Borrow” at Number 81 and Brotherhood of Man’s “Save Your Kisses for Me” at Number 27.

Meanwhile, Eurovision 2021 winners Måneskin dropped out of the Top 40 after two weeks to land their “Beggin'” at Number 44, six spots above “Arcade” and down six spots from last week’s Number 38.

“Beggin'” has been a part of Måneskin’s repertoire since they performed it on X Factor 2017 in Italy. The cover of one of the Four Season’s hits “Beggin’” received a standing ovation during that performance, and over the past couple of months each band member has mentioned that first performance as the moment the band had something special going.

Additionally, “Beggin'” went up one place to Number 3 on Billboard’s Global 200, with their “I Wanna Be Your Slave” dropping slightly from Number 15 to Number 17 on that same chart.

Last Friday the band released a version of “I Wanna Be Your Slave” with iconic rocker Iggy Pop, a man whose look, manic stage persona and sound are a major influence for them.