Home 2019 Billboard Hot 100 Watch: Duncan Laurence Knocking on the Door of the Top 40 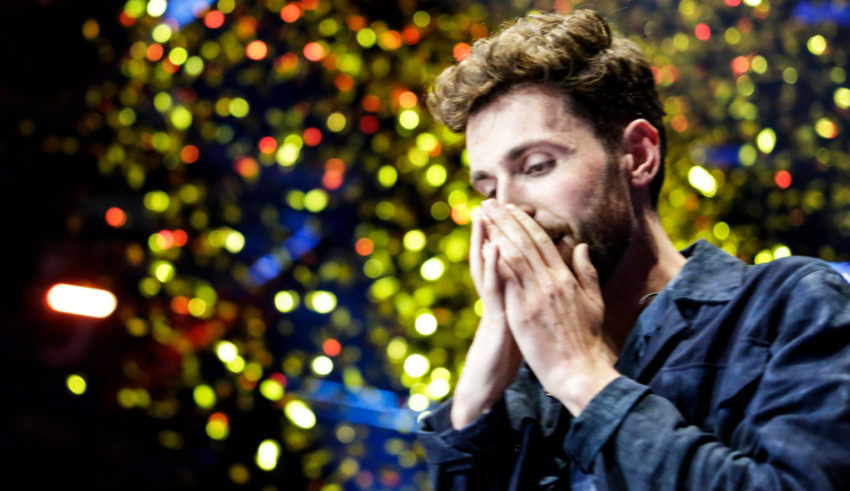 Since we started doing a weekly update on Duncan Laurence’s progress up the Billboard Hot 100, the United States’ main music singles chart, we’ve been hearing a lot of anecdotes from Eurovision fans about where they’ve heard the Eurovision 2019 winning track “Arcade.”

ESC United’s social media guru Connor Terry heard “Arcade” on the radio returning home from bars in the back arse of Oklahoma, and one reader said she heard “Arcade” at a dentist’s office in Miami, Florida (not sure if that was just an observation and/or subtle shade) and another fan heard “Arcade” at a bar in Jacksonville, Florida.

The anecdotes are getting more common, which is also reflected in “Arcade” landing just outside of the the Top 40 in this week’s Billboard Hot 100. In its 18th week of release, “Arcade” is now in its peak position of Number 41.

We will see if Laurence can, like the aforementioned Gina G and Brotherhood of Man, can crack the Top 40.

Meanwhile, Måneskin are out on the road playing live gigs, such as this weekend playing the Ronquiere Festival in Belgium.

Their appearance there also made the news as they performed a cover of Billie Eilish’s “Bury a Friend,” and putting an anthemic rock twist to her 2019 hit.

Måneskin frontman Damiano David told the audience, “OK, guys, now we have a little surprise for you. We’re going to play a song from a great, great artist. So, Billie, if you’re watching call us.”

Given the warm reception of their “I wanna be your slave” with punk rock legend Iggy Pop and Eilish’s tendency to buck trends, you would not discount the possibility of an Eilish collaboration with the Italian Eurovision 2021 winners.

As for the Billboard Hot 100, Måneskin’s cover of The Four Seasons’s “Beggin'” dropped from number 44 to Number 50 in its seventh week of release.