Home 2020 Bill Martin, co-writer of “Puppet on a String” and “Congratulations,” passes away at age 81 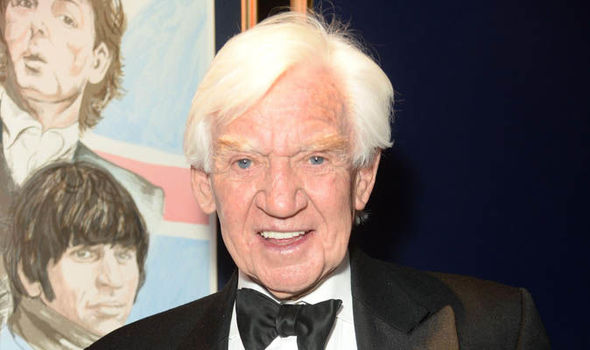 Bill Martin, one of the United Kingdom’s most famous songwriters and music publishers, passed away at age 81 this past weekend.

Born Wylie MacPherson in the shipyards of Govan, Scotland, on November 9, 1938, he knew he was not going to work the docks like so many in his family had, and set his sights on football and music as a means to leave. Coincidentally on Govan and football, he was three years ahead of Sir Alex Ferguson, the famed former manager of Manchester United, at Govan High School.

Changing his name to Bill Martin, he attempted a professional football career, but after a relatively unsuccessful stint in South Africa in 1960, Martin set his sights on a music career instead. He trained at the Royal Academy of Music.

Martin spent a few months working at recording studios in London’s Denmark Street, Martin’s first composition was released on November 22, 1963. A light hearted romantic song called “Kiss Me Now” performed by Tommy Quickly, it did not chart due to an unlucky coincidence of the day of release – history buffs will recognize that as the date of American president John F. Kennedy’s assassination.

After a brief partnership with Tommy Scott, co-writing tracks for big name acts such as Van Morrison and Serge Gainsbourg, Martin entered a writing partnership in 1965 with Phil Coulter, kicking off a successful chart-topping run.

Martin and Coulter entered Eurovision for a third time in 1975, this time penning “Toi” for Irish singer Geraldine who was competing on Luxembourg’s behalf. The song finished fifth, though Coulter and Geraldine struck up enough of a connection to get married.

In 1978, Martin and Coulter tried again, though Christian’s “Shine it On” could only get to 3rd at A Song for Europe, the United Kingdom’s national selection, that year.

Martin later moved into publishing after winning three Ivor Novello awards and a lot of chart success. Martin received a Member Of The Most Excellent Order Of The British Empire award in 2014 for his services to music.

A colorful character, the tributes to Martin and his achievements and personality poured in this weekend.

Nigel Elderton, President of Peermusic said that “Bill epitomised the era of the ‘Tin Pan Alley’ songwriter. He always dressed impeccably, greeted everyone with a smile and a quip and had a nose for a great song. Everyone in the songwriting and publishing community knew Bill and with a clutch of huge hits to his name, he became known the world over. Sadly, there are very few of those wonderful characters from the Denmark Street era left and Bill’s passing will leave a huge void. I will miss him dearly as I know that many of his friends from the Society of Distinguished Songwriters will also. My sincere condolences to Jan, Angus and Bill’s family. Sleep well old friend!”

Our thoughts and prayers go to the family and friends of Bill Martin at this time.

What Martin – Coulter do #YOU have fond memories of (there’s plenty we could not list here)? Do #YOU think “Congratulations” should have won Eurovision 1968? Let us know in the comments below, on social media, or in our forum.