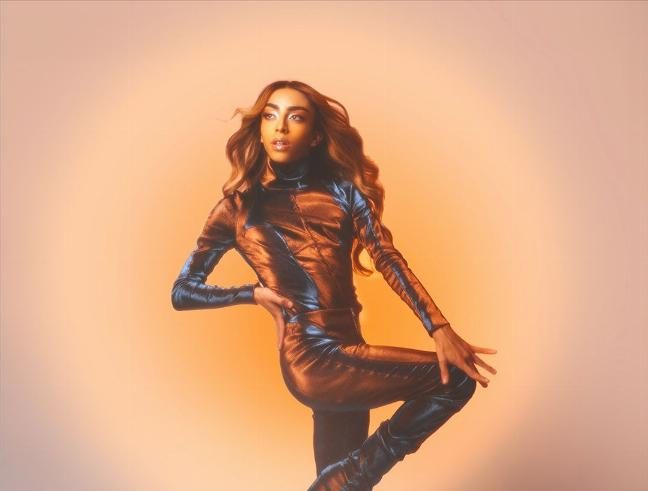 Bilal Hassani is making history. And he’s doing it backwards and in heels.

The singer and social media star, who finished 16th for France at the 2019 contest, is set to appear on the upcoming 11th season of Danse avec les stars, the French edition of the global Strictly Come Dancing franchise. But there’s a catch. For the first time in the history of the French edition, a celebrity will be partnered with a pro dancer of the same gender. Hassani confirmed the news on his Twitter.

This news was reported by The Huffington Post, and included a statement by Hassani himself.

“I’ve been hiding this for so long,” said the singer. “It makes me so happy.”

Executives say the decision was entirely up to Hassani and voiced their support.

“This is something that has already been done in the United States, or in other foreign countries, so why not us? It is quite normal to give him the choice,” said Géry Leymergie, the deputy director of BBC Studios France.

This announcement comes on the cha cha heels of news that Dance Moms star and social media maven Jojo Siwa will be partnered with a woman for the upcoming 30th season of The US edition.

Also competing on this upcoming season of Danse avec les stars is Dita Von Teese, the burlesque artist most known to Eurovision fans for her cameo during Germany’s performance at the 2009 final. The season premieres on Friday, September 17th, on TF1.

Do #YOU think Bilal can win the whole thing? What other past Eurovision participants should strap on their dancing shoes? Sound off in the comments below, in our forum, or on social media @ESCUnited.