Home 2021 Belgium: Hooverphonic’s entry, “The Wrong Place”, has been released! 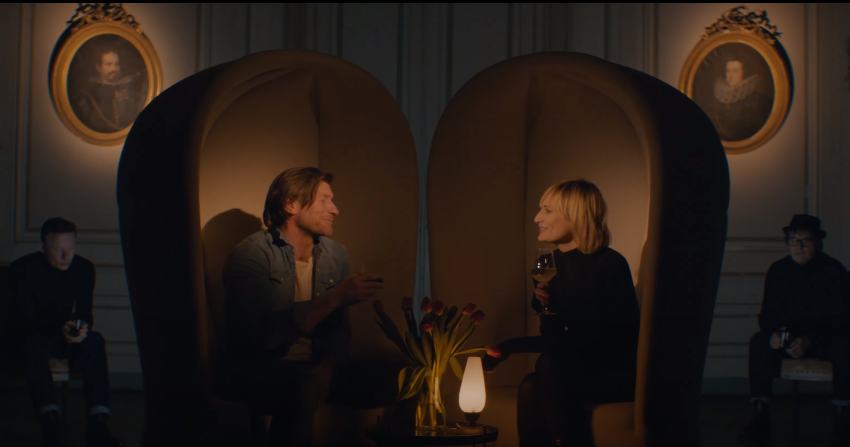 We bring you good tidings from Belgium, for Hooverphonic have now officially released their Eurovision song. My-oh-my, is it a banger.

The iconic Belgian trip hop band released their song, “The Wrong Place” earlier this morning on Peter Van de Veire’s Ochtendshow on the MNM (Music ‘n’ More) radio station. Van de Veire is the Flemish commentator for the Eurovision song contest. His morning show is the source of Eurovision-related news for the many casual fans. Last year, he used his show to promote Iceland’s entry (“Think about things” by Daði & Gagnamagnið), which then became a hit all over Belgian media.

During the song presentation, Alex Callier, the brains behind the operation, announced that the song was a purely Belgian composition. Callier, a Fleming, co-wrote the song with walloon singer-songwriter Charles. Charles, an alumnus of the walloon version of The Voice previously had a hit on the Francophone side of Belgium with the song “Wasted time“.  Callier also stressed that the song wasn’t written specifically for Eurovision.

While the song was premiering at the MNM radio station, the official channel released the video clip.

The song is, like many songs in the contest, a song about a bad-break up. The video clip, which tastefully depicts lead singer Geike Arnaert as a demon bride who decapitates her unfortunate date with a sword at the end of the clip, evokes pure classical, “Magnificent Tree”-era Hoover.

It seems clear that Hooverphonic went for an entry that harps back at the time when the band scored world-wide hits with “Mad about you” and “Sometimes” (both hits with Geike as the main vocalist). Whether this is a clever strategy or not, remains to be seen.

Belgium is set to perform in the second half of the first semifinal, on May 18. There, they will face opposition from Sweden, Australia, Russia and Romania, amongst others. The best result Flemish broadcaster VRT ever reached was sixth place, with Tom Dice’s ‘Me and my guitar’ (2010).

What are #YOUR thoughts on Belgium’s song? Are #YOU satisfied with “The Wrong Place”? Let us know in the comments, on social media or join the discussion on our forum HERE.