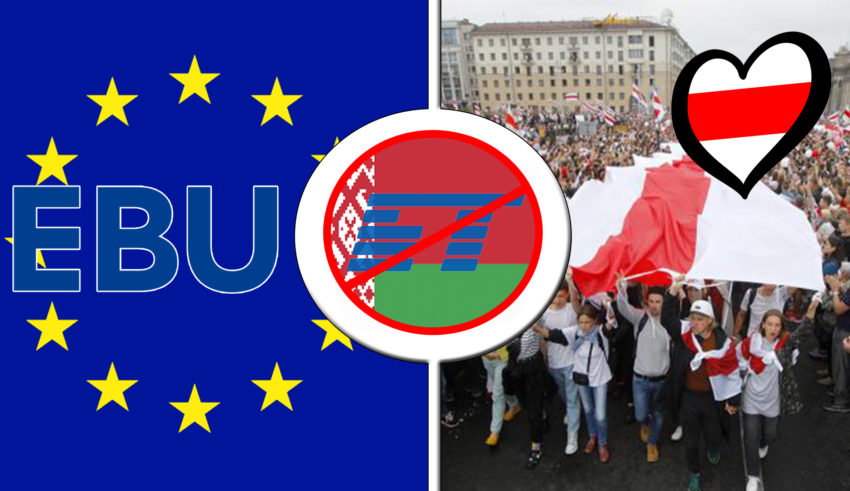 The Eurovision Song Contest 2021 had just concluded a few days before, but even then, trouble was just around the corner. Back in the final days of May 2021, it was announced that the EBU would suspend the Belarusian national channel BTRC within 2 weeks, should they not reply and comment on the ongoing situation. Instead, the threat of suspension, has now become an act of expulsion.

The following reply was made public on BTRC’s official website(NOTE: The reply is a bit lengthy and poorly grammatically translated, but the message should be clear enough.):

The message of the reply is very clear, that the representatives of BTRC no longer have any desire to co-operate with what is considered by them “Western Values”. The reply clearly directly attacks both the EBU and some of it’s members. Claims about the EBU having double standards when it comes to Belarus and even Russia. At the same time, they acknowledge what has been happening in the country for the past year, but refuse to take the blame of all that has been going on.

The state-owned television channel did however undergo quite some changes during the Belarusian presidential protests, with multiple workers quitting their job on the spot at the broadcaster, including people who have been directly involved with the Eurovision Song Contest in the past. Among them is Evgeny Perlin, who even hosted the Junior Eurovision Song Contest, when it was held in Belarus, Minsk in 2018, and who has been the commentator for Belarus since 2013.

Earlier tonight, former head of Russian service of EuroNews, Petr Fedorov, even spoke out about this, during the BTRC newsshow called “Panorama“. Claiming that the EBU are being biased against both Belarus and Russia. (In Russian)

Opposition leader for the 2020 Belarusian presidential election, Sviatlana Tsikhanouskaya has also commented on the expulsion of BTRC, showing her support for the decision taken by the EBU:

Even the EBU itself, has now even removed BTRC has a member on their own site. The Belarusian broadcaster is no longer considered an active member, and has been fully expelled from the organisation as of July 1st 2021.

To put it all in short and what it all means, then this means that BTRC will no longer be capable of broadcasting specific events and news, which are operated and shared through the EBU. When it comes to events that are currently or soon to start, BTRC is able to broadcast the rest of the EURO 2020 tournament, since there is no direct agreement between the EBU and UEFA. While the 2020 Olympics from Tokyo will most likely be broadcasted through Eurosport, which will cover all of Europe, except for Russia. Programming in the further future is what seems bleak for now, all depending on whether the EBU claims the broadcasting rights or not. However, the EBU is fully responsible for all Eurovision related events, which automatically excludes Belarus from participating, since Belarus no longer has any active EBU members within the country.

As long as the protests are ongoing, we should simply not expect to see Belarus take part in any contests anymore. With BTRC being excluded, it is not expected that Belarus will take part in Junior Eurovision later this year, which will be held in Paris, which leaves The Netherlands as the only participating country to have taken part in every single contest. Planning for next year’s contest in Italy is also well underway in multiple countries, so even a return to the contest overall also seems not likely.

Overall it is unknown what needs to be done in order for BTRC to be accepted back, but the greater question at this point, is rather when or if BTRC will even be ever let back in.

The final decision has been made upon BTRC, are #YOU happy about them being excluded or do #YOU think things have gone to far, and gone more political than it should’ve? Leave your thoughts with us and others on our forum HERE or visit our social media sites.