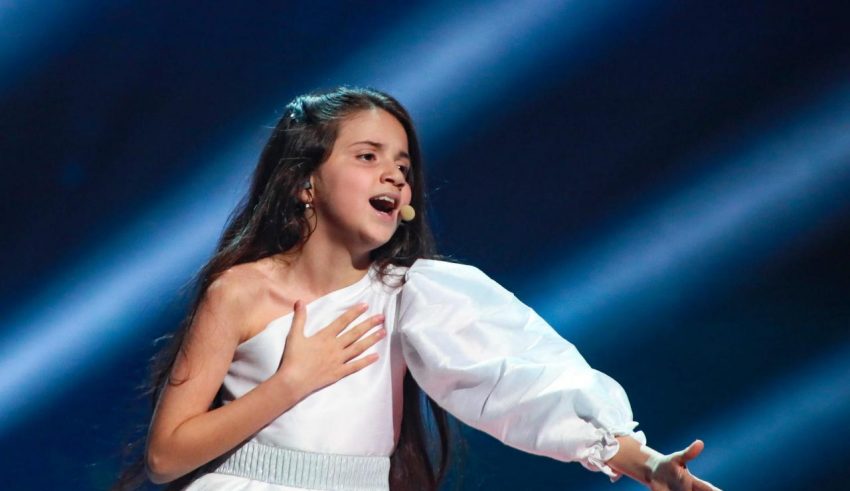 The announcements of contestants for Junior Eurovision 2019 are coming in thick and fast, and after last week’s announcement by North Macedonia and Ukraine joined the fray with announcements this weekend, bringing the total number of entrants to 13 thus far.

In a posting on Instagram, Inakshi Casting announced a casting call for Ukrainian performers age 9 to 14 to upload a Ukrainian language performance video to Instagram with the hashtag #inakshi_casting.

Ukraine’s 2018 Junior Eurovision entrant Darina Krasnovestka, who came in 4th with “Say Love,” will be among those judging the entries.

We had earlier called Azerbaijan a confirmed entry based on several fan sources in Azerbaijan stating that it appeared preparations for a casting call by Ictimai Television were imminent. However, Ictimai Television told INFE Azerbaijan this morning that the Caucasus nation will withdraw from the contest. Azerbaijan and Israel are thus far the only 2018 contestants to have announced they will not participate in the 2019 version.

Breaking news: İctimai Televiziya və Radio Yayımları Şirkəti has confirmed to INFE Azerbaijan that Azerbaijan will not be participating in the Junior Eurovision Song Contest in Poland.

Fidan Huseynova came in 16th with “I Wanna Be Like You.” Azerbaijan’s participation in the junior edition has not as regular as the adult version, as 2019 will only be their 4th appearance. Their best showing remains Rustam Karimov’s 7th placed “Me and My Guitar” in 2013.

Though Ukraine did not participate in the adult edition this year due to political and contract issues that forced deep discord between the Ukrainian broadcaster and performer Maruv (as well as runners up Freedom Jazz and Kazka), Ukraine will be keen to get back into EBU competition with the junior edition, where Ukraine typically also perform well (Anastasiya Petryk won it for Ukraine in 2012 with “Nebo”).

And this week we also got some non-participation announcements:

– Montenegro will not return due to “budget issues.”

– Slovenia will not return for the same reason.

– YLe’s Creative Director Ville Vilen told Spanish site Eurofestivales that Finland will not participate due to their principle of not putting children in adult contests.

– Cyprus told the same Spanish site that a “management decision” will keep them out.

– Slovakia’s RTVS spokesperson Erika Rusnakova told EuroContest.cz that  Slovakia will not participate in Junior Eurovision 2019, having also ruled out participation in the 2020 adult version in The Netherlands.

Georgia’s Giorgi Rostiashvili, who won the Ranina talent show on Georgia’s TV-1, is the only announced performer to date.

What do #YOU think of Ukraine joining the party and Azerbaijan withdrawing? Share the Joy, or your comments, on social media, our forum, or the comments below.