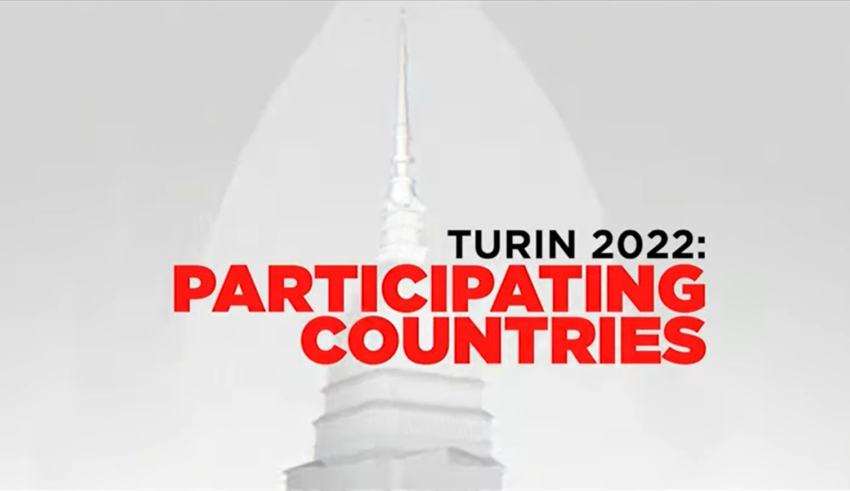 The EBU had been silent for a long while, but after giving us the host, the official Twitter page kept teasing us about how many countries would be participating in next year’s Eurovision.

In this flashy little video they announced that there will be 41 participants in total, an increase of 2 from last year. Were there any major shock returns you might ask? The 2 returning countries were Armenia, who withdrew from last years competition. And Montenegro who was earlier last week rumoured to be coming back already. No massive shocks in that regard, but still a lovely addition of 2 countries. The more the merrier right?

Perhaps, but I decided to take a bit of extra time to look at the snappy, flashy video. Maybe it tells us more than only the 41 participating countries? Of course this is only speculation, but what could be behind it all? We start off with the standard Te Deum intro after which we see a spinning 3D version of their iconic Mole Antonelliana. Then we go to a stomping deep house kind of tune and at every 2nd beat, a glitch effect appears and the next country is revealed. Could this all be part of the theming of the show next year? We also start with a white background with a red pulsating heart, to a green background with a white pulsating heart, then to a red background with a white pulsating heart and then finally going back to the first colour scheme and slowly switching to a green pulsating heart near the ending. I just couldn’t help but think that this was maybe all foreshadowing all the theming and logo’s of next year’s show!

What do #YOU expect from the returning countries? Are #YOU excited to be back to 41?  Let us know in the comments below, on our forum, or on social media @ESCUnited.