Home 2019 Albania: Our reviews of the Festivali i Këngës entries (Part 2) 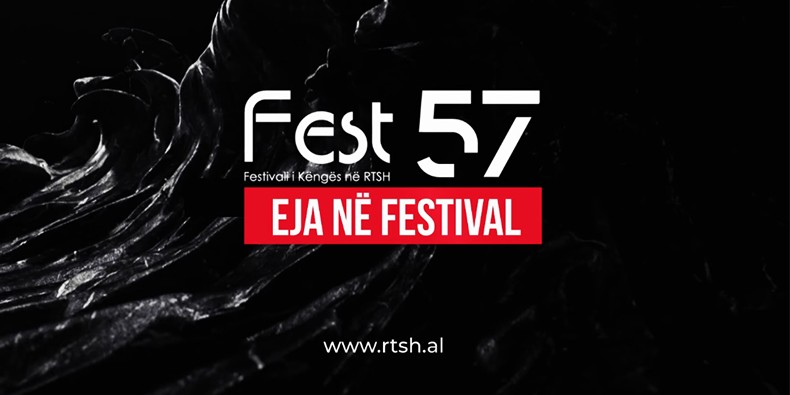 Click HERE to read part one of our reviews.

With just a day and a half until Festivali i Këngës kicks off in Albania, and thus the Eurovision season officially begins, four of our team took a look at each participating entry to decide who should represent the nation in Tel Aviv. This morning, we’ll take a look at five more songs. Is the Albanian hopeful hiding in this bunch?

Connor – 5 – “This is going to stand out because it’s the only one of its kind in the selection, and it’s actually pretty fun. I especially like the groove track on this song, and I know it’ll go well with the live orchestra. I don’t think this would be our winner, but I’m pretty sure this will be a fun song to watch live.”

James – 4 – “A lot of fast moving parts to this funky Balkan rock number, but probably too much going on. Contrast to Aurel Thellimi’s “Të dua ty,” that starts slow and begins to gradually add instrumentation as it picks up, “Nuk ka stop” blares loudly and discordantly from the beginning. Bruno’s vocals get lost in this cacophony, and though it’s upbeat and groovy, it’s a 3 minute confused racket.”

Sean – 8 – “This is just great fun! One of the few entries in Festivali i Këngës you could have a dance to so it’s already on a decent standing for me, and could be a great addition to Tel Aviv with some fun staging. If there is even a genre called ska pop I’d put this in that category.”

Zack – 5 – “There is something about this song that made me want to like it, but it always felt like it was almost there, but not quite; I feel like it was trying to be influenced by too many different musical sources all at once”

Connor – 4 – “I dig the piano melody on this song, but the “ah” melodic line has one too many appearances for me. I feel like overall I’m just left wishing there was more to this song besides just being a nice piano line and vocal. I do like the last minute more than the whole song, to be completely honest.”

James – 9 – “I will bore anyone to tears with how Eythor Ingi’s “Eg A Lif” is the best non-winning Eurovision entry of the past decade, and this is a piano driven ballad in the same vein. The song builds in much the same way, new instruments being gradually introduced until the explosive violin solo launches it into the stratosphere. Aurel’s voice is fantastic and worth it for the violin solo alone. Hands down my 12 points for the night.”

Sean – 7 – “On first impression this reminds me a little of “Qami” from last year. It’s an emotive yet surging ballad about the most important thing in Albanian life, dashuri. The backing vocals in the choruses add a sense of mystique, and Aurel’s voice is powerful and sensitive in equal measure. I just don’t quite feel a full connection to the song myself, but this may change live.”

Zack – 6 – “Very nice blending of vocals on the studio version and great musical accompaniment; this is one that will be awesome to hear with the live orchestra”

Connor – 8 – “Okay, this dbum dbum introduction is…..different, but this is giving me the same excitement that Poison gave me in Armenia last year. Here’s the only problem I have, it has an amazing build up to the chorus from the verses, and then it just drops off. If they could fix the chorus, we could have an Albanian dance song heading to Eurovision for the first time in a while!”

James – 8 – “Of the pop contingent, this one by relatively well-known Albanian singer Soni Malaj is the strongest, though the “boom boom boom” intro cheapens it. If you were to put money on who’s going to be Eurovision’s next Eleni Foureira, this song would be in a with a good shout. Though probably my 3rd or 4th favorite at FiK57, I would say this is probably the bookie’s favorite.”

Sean – 4 – “I’m sure this will be the favourite of a lot of Eurovision fans but I’m not too fond of the ‘boom boom boom’ backing and the whole thing is a bit too much of a cheap pop song in my eyes.”

Zack – 6 – “Starts off promising, but then the bridge seems to cut the pace and the resulting chorus is a bit disappointing; I’d like to see how this one comes off live”

Connor – 4 – “I much prefer this entry to last year’s attempt, but this is a pretty safe song overall. It’s got a really cool aura around it and I like this track. I’m just pretty certain that it will end up getting lost in this year of well put-together entries.”

James – 3 – “Perennial entrant Bojken Lako is back, and like Markus Riva in Latvia, is back with a dull song that is worse than most of his prior entries. This is dull, boring, starts slow and never picks up. For a song called “Live the life” it sure has none.”

Sean – 6 – “An interesting entry from Bojken this time. I like a lot of songs outside of the bubble that have a gentle rhythmic bedroom-pop style but I don’t think it really works with his voice on this track. Nevertheless I do enjoy it, but it’s not one of my favourites.”

Zack – 5 – “Slow churner, interesting piece, but I don’t think it’ll stand out in the mix of entries”

Connor – 7 – “This song takes a while to really wind up, but I like how there’s this interplay with the guitar, harp and backing vocals, and then you get this big vamp into the chorus. And she’s got a really impressive voice here. Give it a good enough staging this could make a big impact on stage, as it’s very much like an edgy “Funny Girl.” I’m excited to see this one live. One note, the tail end could use some work as it loses energy a bit too soon.”

James – 4 – “The background and bass effects give me a headache. This sounds like a slightly Balkanised take on a dull modern pop song, though the verse and chorus parts, with acoustic guitar and electronic effects respectively, clash.”

Sean – 8 – “I like the production on this one and if I look at this as a piece of experimental alt-pop music I really enjoy it. I don’t think it’s one for Eurovision but her voice really suits this entry and the near-four minutes fly by. One of my favourites!”

Zack – 6 – “Another tune that takes a while to build up, but progresses into something that is not too too bad.”

As you can see, we have a new leader in Aurel Thëllimi’s “Të dua ty”, but will he be on top after the last eleven songs? Check back this evening for our next five reviews to find out!

Who do #YOU want to represent Albania? Share your thoughts with us on our forum HERE or join the discussion below and on social media!