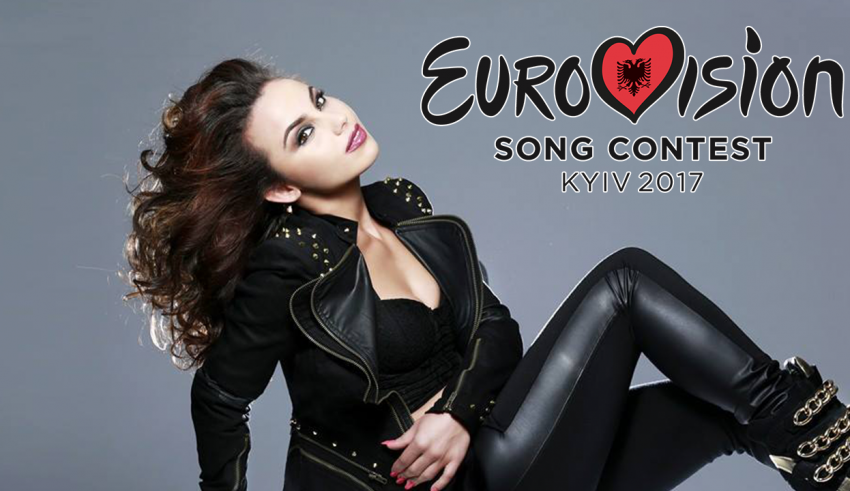 Despite it is still 2016, then it already feels like we’re in 2017. The conclusion of Festivali i Këngës has come and we have a winner, as well as another name on who we shall see in Kyiv.

In total, 14 songs competed in this 4 hour and 30 minute long show, hopefully we don’t have shows that last this long again, but knowing our yearly Eurovision National Final Season, then you bet that there will be other national finals, that might last longer.

The 14 songs that competed, had qualified from the 2 semi-finals, which took place the 2 previous days.

The winner was decided by the jury as it is Festivali i Këngës tradition, however for the first time ever, a public vote was also added into the results.

With each jury member casting their vote, one by one, it was unclear who would win and represent the country in Kyiv. However, as we got closer to the end of the point giving, it became more and more clear that Lindita gathered higher points, and at the very end she would take the winning price.

A Little About Lindita

In case you wonder, who the winner is exactly, then her full name is Lindita Halimi, but also simply known as Lindita.

She was born in the city of Viti, Kosovo in 1989, back then when it was known as Yugoslavia.

Her career started back in 2006, when she took part in numerous singing competitions in Albania, such as the Albanian version of Idol and Top Fest.

She won the Top Fest competition in 2006, and since then has also taken part in Kënga Magjike & Nota Fest.

She also took part in the last season, of American Idol which was the 15th season, where she was eliminated after finishing in Top 51, when she lost the final female spot of the show for the Top 24.

Where most Eurovision fans might recognize her from, is from 2014, when she also took part in Festivali i Këngës. Here she participated with the song “S’te Fal” and back then she finished on 3rd place, losing to the winner of the 2014 edition, Elhaida Dani.

She will now represent the country of Albania in Kyiv, this coming May. Her winning song “Botë” is currently following the 3 minute limit rule for the Eurovision Song Contest, but in recent years, Albania has revamped their songs for the big competition.

How do you like Lindita’s song? Do you think it should be revamped, or even replaced with English lyrics? Let us know.