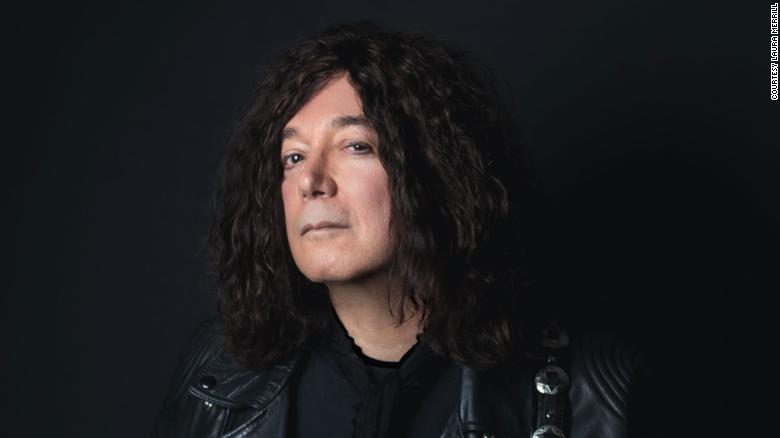 American singer, guitarist and songwriter Alan Merrill, who co-wrote Co-Co’s entry “Wake Up” for the United Kingdom’s A Song for Europe 1976, has passed away yesterday at age 69 due to complications from the coronavirus.

Merrill’s daughter Laura Merrill announced his passing in a heartbreaking post on Facebook yesterday afternoon, stressing that a pandemic and the lockdowns that she and many others had joked about had hit her hard in a personal way by taking her father, and that anyone can be taken by COVID-19.

I’ve been trying to sleep but I can’t. I woke up normally yesterday with the world at my feet and now today I lay here…

Merrill’s daughter posted that “The Coronavirus took my father this morning. I was given 2 minutes to say my goodbyes before I was rushed out. He seemed peaceful and as I left there was still a glimmer of hope that he wouldn’t be a ticker on the right hand side of the CNN/Fox news screen. I walked 50 blocks home still with hope in my heart. The city that I knew was empty. I felt I was the only person here and perhaps in many ways I was. By the time I got in the doors to my apartment I received the news that he was gone. How could this be? I was just at his show a couple of weeks ago. I had just photographed his portrait for his new album. Texted with him earlier. He played down the “cold” he thought he had. I’ve made a million jokes about the “Rona” and how it’ll “getcha”…boy do I feel stupid.”

Merrill is best known as the co-writer of the Arrows’ “I Love Rock ‘n Roll” with Jake Hooker in 1975. Joan Jett & the Blackhearts covered the song in 1982, spending seven weeks at Number 1 on the Billboard Hot 100.

Jett paid tribute to musician on Twitter yesterday, writing “I’ve just learned the awful news that Alan Merrill has passed. My thoughts and love go to his family, friends and music community as a whole. I can still remember watching the Arrows on TV in London and being blown away by the song that screamed hit to me. With deep gratitude and sadness, wishing him a safe journey to the other side.”

The Lead had one hit single in Japan called “Blue Rose” in 1968, the first Westerner to chart there. Though The Lead folded due to two members being deported from Japan, Merrill stuck around to great solo success. He switched his last name from Sachs to Merrill due to his Japanese management considering Sachs to be too “lascivious sounding.” He recorded one album called “Alone in Tokyo,” with the lead single “Teardrops” earning chart success. Merrill also got into acting and appeared in ads for Nissan, and formed a glam rock band called Vodka Collins.

Merrill then moved to London in 1974, and immediately formed the Arrows with drummer Paul Varley and guitarist Jake Hooker. Merrill, who by now had learned how to play guitar, bass, harmonica, and keyboards, took on vocal and bass duty. The Arrows launched right out the gate with a Top Ten UK single “Touch Too Much” and “I Love Rock ‘n Roll.”

Merrill continued with the Arrows until 1977, when he married Cathee Dahmen and formed rock group Runner. After one charting album, Merrill moved to New York City and joined guitarist Rick Derringer (of The McCoys and “Hang on Sloopy” fame) and recorded three albums. Merrill joined Meat Loaf’s band on tour and stayed for four years in 1986, and afterwards settled down in New York City and released several critically acclaimed solo albums, his last one being “Radio Zero” in 2019.

Meat Loaf himself wrote a tribute to his former bandmate. His post, tinged with some regret, is a reminder to keep in touch with those you love during these troubled times. “I am very very sad right now as I start to write this,” wrote Meat Loaf. “Alan was a member of our band for 4 years. He was such a great human being and very talented one. He passed away yesterday from the coronavirus. I am really sad. I have not kept in touch with Alan and that makes me feel even worse. Let this be a lesson to all of us, try to stay in touch with the people you really love and care about. Life is very short. Alan I am sorry that I didn’t reach out to you years ago. I love you very much.”

We at ESC United send our thoughts and prayers to Merrill’s friends and family at this time.

Do #YOU have any other Alan Merrill memories #YOU would love to share (there is far more than a brief article such as this can cover)? Let us know in the comments below, in our forum, or on social media.